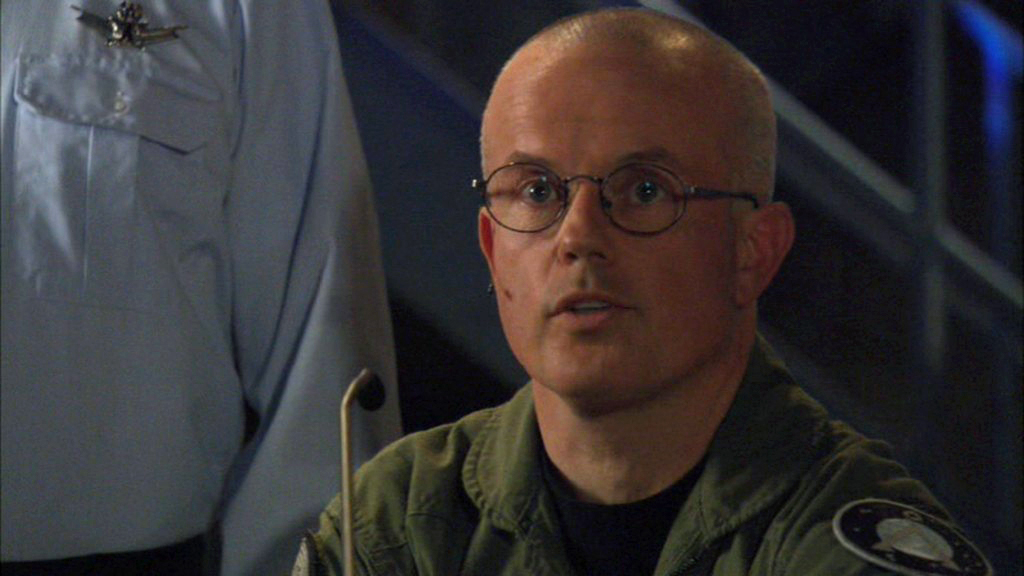 An S.G.C. technician stationed at the Cheyenne Mountain facility, Harriman is in often placed in charge of operating the S.G.C.'s dialing computer. Loyal to the staff and his job, he has been there from the inception of the S.G.C., shouting out encoded and locked chevrons, opening the Stargate for SG units to explore the universe, and closing the iris to keep out deadly assailants.

Harriman holds the rank of Chief Master Sergeant, and also serves as an intermediary between the Stargate Operations staff and the base commander. His uniform occasionally bears the surname "Davis," leading to some confusion over his surname.

PLAYED BY - Gary Jones
FIRST APPEARED - Children of the Gods

2010 - Ten years in the future, the Stargate program has been made public. Harriman becomes an advisor to museum that has been opened at the S.G.C., and helps SG-1 find what they need to save the world from the Aschen.
Heroes, Part 1 - Harriman is interviewed by the film crew, who are preparing a documentary of the S.G.C.
Heroes, Part 2 - Harriman leads Emmett Bregman in a tour of the gate room.
Lost City, Part 2 - Harriman accompanies General Hammond aboard Prometheus in a massive battle against Anubis's forces in Antarctica.
Zero Hour - Harriman serves as an aide to General O'Neill, and is very thankful when Mark Gilmor is assigned to fill that role.
Endgame - MSgt. Harriman is working the night shift with a colleague when agents of the Trust steal the Stargate using an Asgard transporter beam.
Home - Sergeant Harriman (or the alien impersonation of him) identifies himself by the name "Harriman" when he communicates with the Atlantis team in the distant Pegasus Galaxy.
Air, Part 1 - Walter serves alongside General O'Neill, presumably at "Homeworld Command" in Washington, D.C.