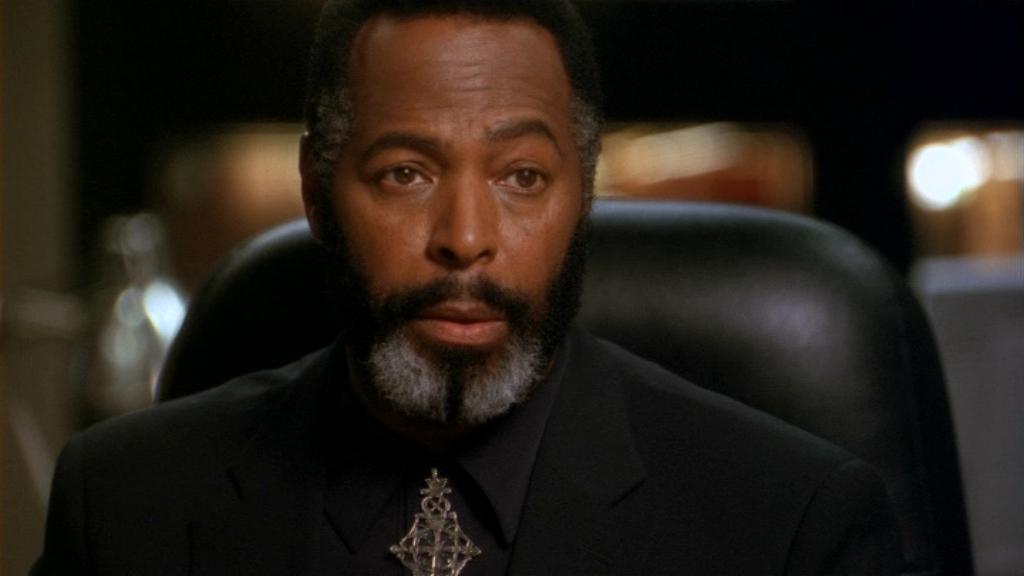 A Terranian ambassador on the planet Langara's Joint Ruling Council. Eremal traveled to Earth to begin negotiations for the resettlement of his people, only to discover that the Kelownans' use of a naquadria bomb initiated the process that could destroy their planet. He was extremely difficult to deal with, and found it impossible to negotiate with the other two parties representing the other nations of his world.

When Jack O'Neill arrived to explain that their short-sightedness had resulting in the resettlement negotiations being called off, Eremal and the other Langarans began to reassess their positions -- before learning that the excavation deep into Langara's crust was successful in averting the disaster.

Fallout - Vin Eremal travels to Earth for negotiations that will decide the fate of his people, the Terranians.