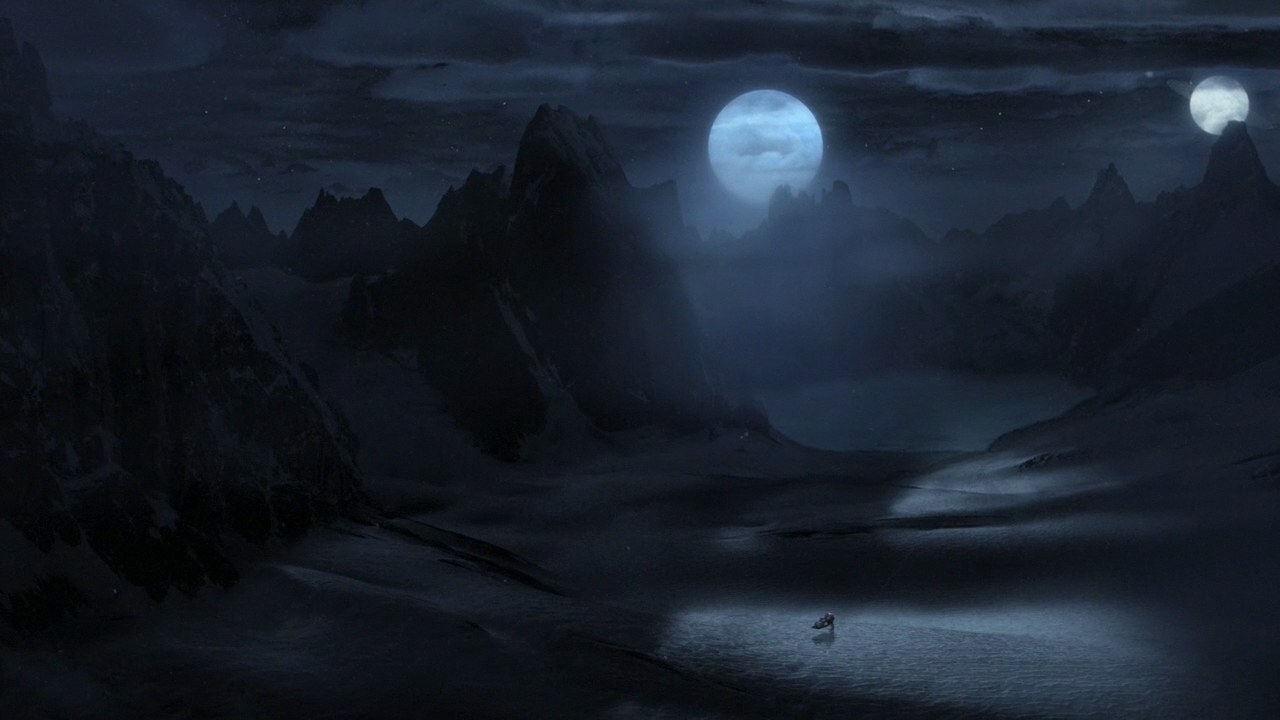 Frozen wasteland in a distant galaxy, selected by Destiny to help replenish the ship's dwindling water reserves. The planet is subject to frequent seismic activity.

The atmosphere surrounding the Stargate was dangerously thin, with a temperature of minus 47 degrees Celsius. The atmosphere consisted of point 13 percent molecular oxygen and 95 percent carbon dioxide with a hint of argon.

The frozen water surrounding the Stargate was composed of ammonia and other deadly chemicals. A frozen waterfall, comprised of clean water, lay a distance from the arrival site.

Water - Col. Young and Lt. Scott arrive at this world to collect chunks of ice made up of fresh water. Later, Lt. Johansen sends the dust devil lifeform to this planet, away from Destiny's water reserves.
Time - The Destiny crew discover that the water from the ice planet has a micro-organism that is making them sick.