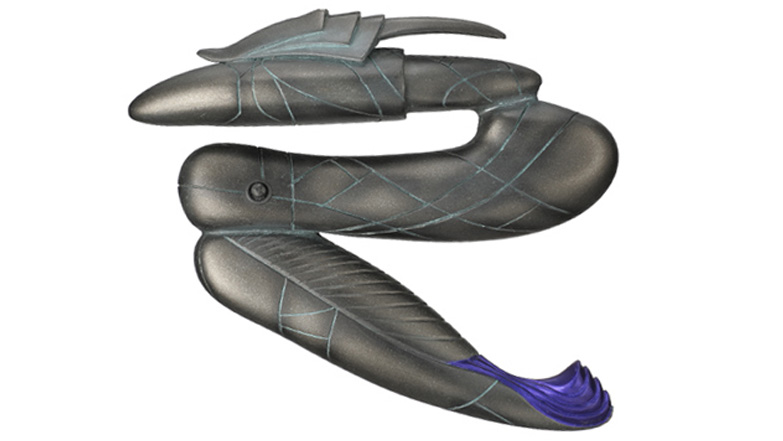 A handheld Goa'uld weapon, formed in the shape of a coiled serpent. The zat'ni'katel was nicknamed "zat gun" by Colonel Jack O'Neill. The zat uses a different form of energy, less powerful than that of a staff weapon. One shot will usually render a victim unconscious. Two shots will kill most subjects. Three shots disintegrate them.

The weapon quickly became a favorite tool for SG-1 and other Stargate Command units, frequently carried off-world as standard-issue equipment.

Within the Serpent's Grasp - SG-1, aboard a Goa'uld Ha'tak bound for Earth, uncovers a crate of zat'ni'katels.
Family - O'Neill uses a zat to kill and disintegrate Fro'tac when the Jaffa attempts to turn them in to Apophis.
1969 - Two zat'ni'katels and a G.D.O. are the only items not destroyed by SG-1 when they fall back into 1969; a zat gun provides the influence needed for the team to reach the Stargate.
Prodigy - Zats are the team's only defense from energy-based alien insects, which cannot attack a person who has been zatted.