In July of 2004 Bruce Woloshyn, the Senior Digital Effects Supervisor at Rainmaker Digital, invited GateWorld on an exclusive tour of their facilities. Our day at Rainmaker culminated in this very special, feature-length video documentary, filmed just a few days before the world premiere of Stargate Atlantis. The documentary runs about 52 minutes.

Just who is Rainmaker Digital? The award-winning Vancouver, B.C. visual effects and post-production house has been instrumental to Stargate since the very first episode. The team produces many of the top-quality special effects in the show, from wormholes and zat blasts to interstellar battle sequences and the massive city of Atlantis itself. Rainmaker also processes film straight from the cameras on set, and holds the dailies and original masters for every episode of the series. 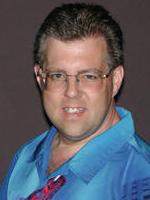 “A Day At Rainmaker” includes a complete, guided tour of the studio facilities by Bruce himself, as he explains the post-production process for treating every frame of Stargate before it reaches our television screens, and a conversation with Bruce. Viewers will also get a sneak peek at the creation of some of Stargate‘s most memorable effects.

Having just completed the pilot for the latest incarnation of the franchise, Bruce shares his team’s feelings about the weeks leading up to the completion of “Rising” — from constructing the city of Atlantis to sitting on pins and needles in anticipation of the ratings for the premiere last July. He also takes time to introduce us to several award-winning members of his effects squad while commenting on their favorite visual products over the past eight years. 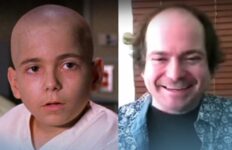