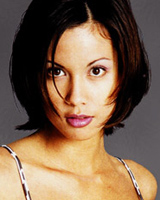 The following week, September 25, Shanks will portray a sexy, artistic genius who creates a metal sculpture which turns to gold in the episode “All that Glitters.”

Check out Michael Shanks Online and VisitEureka.net for the original reports. Eureka airs Tuesday nights at 9 p.m. Eastern and Pacific on SCI FI Channel in the United States.