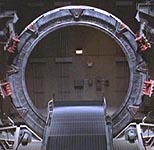 The results are in! This year 25,000 fans voted for the SyFy Genre Awards, the original fan awards hosted by genre news site SyFy Portal since 1999. The envelope, please.

Other winners include Battlestar Galactica, named as Best TV Show. Heroes co-stars Masi Oka and Ali Larter were the best TV supporting actors, while Hayden Panettiere was selected as the best young performer. The Gene Roddenberry Lifetime Achievement Award was posthumously given to the late James Doohan, Star Trek‘s Scotty.

And finally, GateWorld was honored as Best Genre Web Site. Our thanks to everyone who voted!

For the complete list of this year’s winners, check SyFyPortal.com.