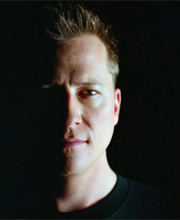 Two Stargate veterans will appear in recurring roles in the upcoming sixth season of The CW’s Supernatural, TV Overmind is reporting (via Stargate SG-1 Solutions).

Corin Nemec will play Christian Campbell, a cousin of lead characters Sam and Dean Winchester.  The character is described in casting documents as “capable, calm under pressure, and very good at his job.”  That news comes out of Nemec’s appearance at Gatecon this past weekend.

From the Atlantis family comes Mitch Pileggi, known to Stargate fans as the Daedalus commander, Colonel Steven Caldwell.  Pileggi played the Winchester’s grandfather, Samuel Campbell, in a previous episode.  How he’ll be recurring is up to those clever writers, seeing as how the character is long-dead in the Supernatural universe.

Check out TV Overmind for more on Season Six of Supernatural!  The new season kicks off September 24 on The CW.

I was hoping they would be in the new Stargate series. Or hey, maybe a movie. How would that one sit with the fans? Especially since they’ve never appeared together to my knowledge.

Oh, I can’t wait to see Corin on Supernatural! And I wonder how theiy’re going to bring Samuel back? Can’t wait for the new season!

Dude, make my day why don’t you? :) :) I cannot wait to have both these actors join one of my favorite shows. As saddened as I was to realize Castiel’s role was almost certainly over with (or at least greatly diminished with the end of the Apocalypse storyline), I am now beyond jazzed to know that we’ll get Samuel Winchester/Ol’ Yellow Eyes back in some way, and Corin Nemec back on TV in a recurring role. Though I will never give up hope that the Lucian Alliance will commandeer Langara for its Icarus potential and wind up dragging Jonas… Read more »

I’m really intrigued about the new season of SPN. Man, how WILL they get back all the death characters?