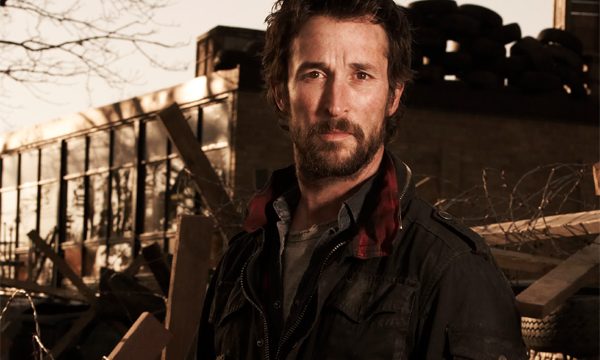 Earlier this year we showed you a preview of Falling Skies, the new alien invasion series set to premiere next month on TNT in the United States (story).  The Stargate connection was actor Colin Cunningham (SG-1‘s Major Davis), who has a supporting role on the show.  Now one of Stargate‘s producers is joining the show behind the camera.

Deadline reports today that TNT has hired Remi Aubuchon as executive producer and showrunner of Falling Skies, should the series see a second season.  (The 10-episode first season was shot far in advance, because the effects-heavy series has a long post-production schedule.)  The network is strongly behind the show, according to reports, and seems likely to give it an early pick-up if it premieres strongly and doesn’t have a major ratings drop in its second week.

Because of the production lag, members of the show’s writing staff is also committed to various other projects now.  So Aubuchon’s first duty is to assemble a new writing team to supervise.

“Fingers crossed,” Aubuchon said about the possibility of the show’s renewal.  Having seen the entire first season, he said that he thinks “they’re pretty awesome.”

Aubuchon was originally approached to helm the show’s first season, but had already committed himself to Stargate Universe.  He joined the staff of SGU in its second season, having previously worked on Persons Unknown and Caprica.  He wrote two episodes, “Visitation” and “Seizure.”

Falling Skies stars Noah Wyle (ER) and Moon Bloodgood (Journeyman, Terminator: Salvation), and is executive produced by Steven Spielberg.  “Steven is very involved in the show, which is one of his pet projects,” Aubuchon said. “He has a lot of passion for it.  I think it is exciting to work with him, and I think a lot of writers would be looking forward to that.”

The new show premieres Sunday, June 19 at 9/8c on TNT.  Watch the latest trailer below, and read more in the new SciFi Stream show guide!

Good luck to the guy,looks a really good show….

Maybe Tnt should pick up the stargate franchise.

Ohhh, well good luck to him! I think he’d be a good fit.

Don’t know if I’ll watch much of the series though… I’ve read/played/watched so many stories with post-apocalyptic settings lately that I kind of grew bored with them. Need me that SGU season 2 DVD set :D

Will gonna watch it for sure. Fraq SyFy, Long live TNT! ;)

Epic.. Speilburg is riding the TV show bandwagon, maybe he should give Stargate a hitch hike

Ive seen the 5 minute clip thats out on the net and it looks pretty good. Sort of like a series version of the “War of the Worlds” remake. As for TNT taking over Stargate, thats pretty remote. Though I do remember TNT back in the 90s getting BABYLON 5 the last year of its 5 year planned story arc. Almost didnt happen and the Season 4 finale was designed as a series finale then TNT came to the rescue. Of course that was 13 years ago – doubt they would do that now. It would depend on the ability… Read more »

Oh great, when you think you can enjoy something one of the “egos” will come along :(. At least I will have one season to enjoy

Maybe Aubuchon can get some other Stargate cast members on board if the ratings are good enough and it gets a 2nd season. It wouldnt be the same as more Stargate but it would keep the actors visible.

Looks great, but doubt it will go 2 seasons…It has a very select market segment it will appeal to…I am in that segment but I have no allusions that I am in the majority

This show looks surprisingly low budget for something with Spielberg’s name attached to it.
As for TNT’s history…they can be lauded for picking up B5 as much as criticized for their mishandling of the follow up show Crusade.

looks kinda generic and boring to me, probably wont bother with it. I guess people into that stuff will love it though – so each to their own.

After the SGU debacle how about just bringing back the X-Files?

I already plan on watching it, and I will see if it is still good when he and his writing staff take over for season 2. I have already seen his handy work in three cancel shows I hope we are not going for number 4 here.

In support of everything not SyFy, I look forward to this series. Looks like TNT is already interested in renewing it as long as the ratings are good in season 1.

Be careful with backing TNT. Remember Crusade? The Babylon 5 spin-off. A great show that was highly praised and had decent ratings. It was nixed because of a disagreement between Ted Turner and J. Michael Strazinski. I actually enjoyed it, the ship looked very similar to the one in Ron D Moore’s Virtuality Pilot.