Over the course of Stargate Universe‘s second season, we had the opportunity to engage in extensive interviews with almost the entire regular cast.  However, part of what made SGU so unique wasn’t just the tone and atmosphere — it was also the large stable of supporting characters that popped up on a regular basis.  So when GateWorld learned we would finally get an opportunity to chat with the actress who so vibrantly portrayed Lieutenant Vanessa James — Julia Benson — we jumped at the chance.

We tracked Benson down when she was a guest at Wizard’s Chicago Comic-Con in August, a fantastic event and one of Wizard’s largest annual cons.  That said, there were tens of thousands of attendees throughout the weekend so our one-on-one time with her was much shorter than we’re accustomed to — literally only a couple of minutes.   We made the most of that time, though, as we chat with Benson about her background in dance, her casting process on SGU, her favorite parts of filming the series and more!

GateWorld: Thank you so much, Julia, for taking time out of your hectic schedule this weekend to sit down with us. How have you been?

Julia Benson: I’ve been great! I’ve been having an amazing time.

GW: How has the Chicago Comic-Con been for you?

JB: It’s super fun, everybody’s really cool, super supportive of the show and I’ve been having a really good time.

GW: You have been acting in movies and TV in Vancouver basically since the early 2000s, but when you were little, you were a dancer. Tell us about that a little bit.

JB: I was a dancer, yep. I started when I was about six, training in ballet, and that’s all I wanted to do. Then I moved into jazz and hip-hop and tap, so I was very serious into dance. That kind of led me into theater, so I started doing theater at about 13 and the moment I stepped on stage doing that, that was it. That was all I wanted to do. 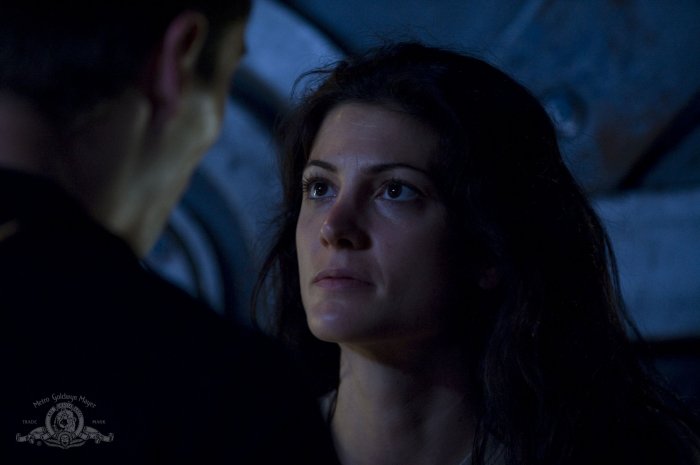 Benson took home a Leo award for her work in Season One episode 'Pain'.

GW: Do you still, even just for fun, try to maintain dancing?

JB: I do. I go back and take classes. There’s a great studio that you can kind of drop in at. Yeah, I still do that and I still try and get on stage when I can.

GW: How did the casting for SGU come about for you? It’s a question that we’ve asked all the other cast that we’ve talked to.

I had done Stargate Atlantis, I had done one episode so I met a lot of them on that. They brought me in originally for “Andrea Palmer”, who was just in the first three episodes, and then I got a call back and they brought me in for Riley. And I got put on hold for Riley. Then about a week and a half later, I was told they wanted me to read for this character, Vanessa James. It was just one page of sides and I knew very little about her, but as soon as I read it…

GW: Kind of always hovering but never sure where you were going to…

JB: Yeah, yeah. I think that because it was such a big ensemble they kind of auditioned a bunch of people and knew who they liked and were just trying to place us all.

GW: Our introduction onscreen to Vanessa was pretty jaw-dropping by Stargate standards … [laughs]

GW: Yet over two years you were able to develop Vanessa into so much more. She never devolved into the “jilted ex”-type. There’s a strength in her character that shines through right away. Did you have input into the character at all, or was most of it already on the page?

JB: You know, they’re such great writers so a lot of it was on the page. It’s always a collaborative process. You always talk about where the character’s going to go and things like that, but a lot of it is just naturally what you bring to the role. I think what the writers were so great at is letting us evolve and then they would work from there and things just developed from there. But yeah, a lot of it’s on the page.

GW: With so much of your career based out of Vancouver, and because Vancouver is such a genre-heavy city, do you prefer genre work itself or would you prefer to do more stuff that’s more mainstream?

JB: You know what? For me, it’s really just about the role. It’s about playing something that’s interesting and challenging and different from the last thing you’ve done. I like all genres. I like doing comedy, I like doing drama, sci-fi was fun, it’s a whole other world. It’s really about the role.

GW: Congratulations on the Leo Award that you won for “Pain”.

GW: Obviously, that was a personal highlight for you. What were some of the other highlights over the course of those two seasons for you? 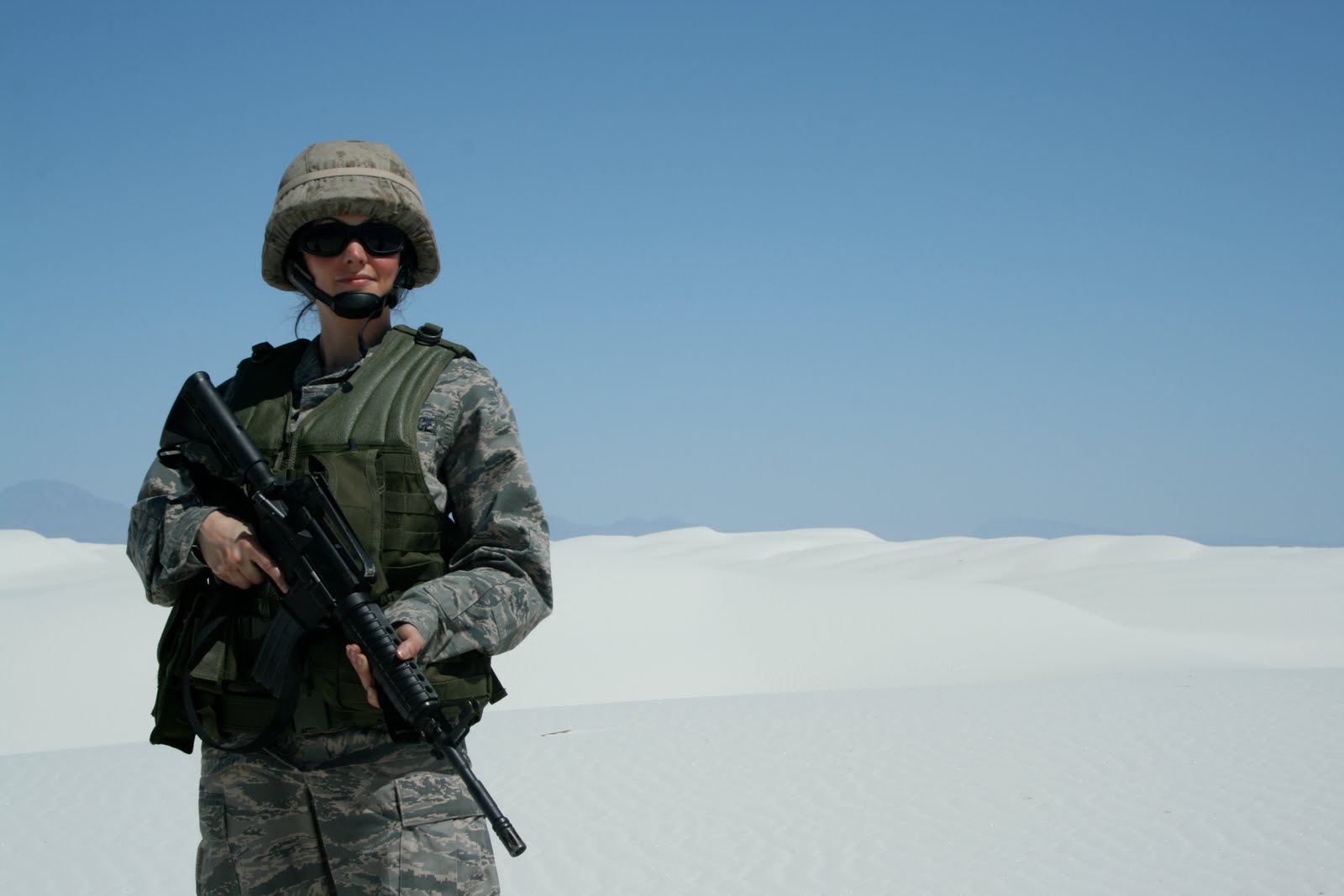 Benson notes that one of her highlights from the series was getting to go on two seperate New Mexico location shoots.

JB: Going to New Mexico, both times, was pretty amazing. It’s always fun to go away and shoot and our cast is so great, everybody’s so much fun so that was really great. I had some stuff in the second season, I had a scene with Jamil [Walker Smith] and I love acting with him so that was definitely a highlight for me. The whole experience, really, just working with everyone on the show. It was pretty great.

JB: Yeah, you do. Especially when you have such an awesome group of people. It’s easy, you know?

GW: You’ve got some other work that’s in the can and coming up. Let’s just talk briefly about Earth’s Final Hours.

GW: There’s a lot of Stargate people in that also.

But you’re right.  There are alot of people in it with Stargate roots.  Cameron Bright [“Orlin” in SG-1‘s Season Nine “The Fourth Horseman” two-parter] is in it.  David Richmond-Peck [“Toran” in Atlantis Season Four episode “Harmony”] is, too.  So is Michael Kopsa [SG-1‘s “General Kerrigan”] and Alex Zahara [“Michael” in SG-1‘s Season Two episode “1969”, plus numerous alien roles].   To be honest, for as long as Stargate was in production, I don’t think there are many working Vancouver actors that didn’t do at least one of the three series.  [laughs]

I’m really excited about that movie, though. It’s coming out in October and I haven’t seen it but, from what I hear, it’s turned out really, really well. [Editor’s Note:  While the film will premiere on Syfy, as of publishing time no scheduling date has been finalized.]

I can’t give too much away but I play a character named Chloe Edwards.  And basically what happens is that a white hole implodes and the matter and radiation from that happening hits Earth and causes its rotation to go out of whack.  That’s how it begins.  And you’ll have to watch to see what happens!  [laughs]

GW: Any message that you’d like to give fans? Not just of SGU but also of your entire body of work?

JB: Thank you for watching. I mean, honestly, we have nothing without the fans and I feel like I’ve been very lucky to interact with the people I have been. So, thank you!

Julia benson! You are sweet,down to earth and fabulous! Also we share the same name. :-)

I saw the picture chosen for this article, and I was like “Uh, who the heck is THAT?!” Then I was like, “OH, WOW!” Totally different from the Vanessa James look threw me for a loop, but beautiful with both! James was a character that I had always hoped would get a lot more development, but I’m thrilled to know that Julia is moving on to new exciting projects and is doing well!

She’s great as an actress and a woman! Definitely the hottest female cast member of SGU!!It’s awesome she’s working on new projects,wish her all the best in the future career!

she is a beautiful woman and actor.

I remember, when the show first began, thinking, “Woah!” when she came onscreen. She’s an extremely attractive and curvy woman. Thankfully, she can also act, and did not just get her job for her looks.