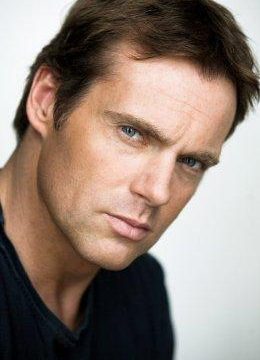 The major U.S. network would air the Canadian series in the summertime.  Production on the 13-episode first season begins in March, and in Canada the series will air on CTV (story).

Set in a fictional Toronto hospital, the series follows a renowned surgeon (Shanks) who winds up lying in a coma in his own hospital, while his spirit walks the halls.  Durance plays his fiancee and colleague at the hospital, with Daniel Gillies (The Vampire Diaries) playing the hospital’s new surgeon.

Here is the network’s description of the series:

In SAVING HOPE, when charismatic Chief of Surgery Charlie Harris (Shanks) at Toronto’s Hope-Zion Hospital ends up in a coma, he leaves the hospital in chaos – and his fiancée and fellow surgeon, Alex Reid (Durance), in a state of shock. Along with newly-arrived star surgeon, Joel Goran (Daniel Gillies,THE VAMPIRE DIARIES), Alex races to save Harris’ life. As the action unfolds, comatose Dr. Harris wanders the halls of Hope-Zee in “spirit” form, not sure if he’s a ghost or a figment of his own imagination. Reid, along with her fellow doctors, press on to save his life and those of their other patients, as they deal with the complicated and courageous decisions that are made in their daily struggle to keep hope alive.

Shanks’ next big-screen project is Elysium, a science fiction drama starring Matt Damon and Jodie Foster, due out next year.

The concept seems like one of those “how will they draw it out for multiple seasons if they get the chance?” shows like Prison Break.

Saving Hope: where every episode is the Crystal Skull episode.

I really want to see Shanks in a new series.. but I don’t know how much I could get into this. Elysium sounds awesome, though.