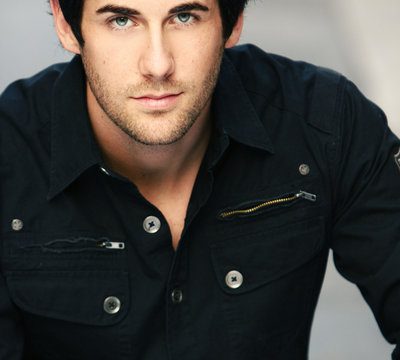 Over the past several days, GateWorld has been updating you about the new genre series Primeval: New World.  The series, a Canadian-based spin-off of the original British series which will air on Canadian cabler SPACE at a future date, is now in production in Vancouver, British Columbia and — as we have reported over the last week or so — has attracted several talented names from the Stargate franchise.  Those names have included both Andy Mikita and Amanda Tapping as directors for episodes of the series’ first season, and Martin Wood as an executive producer.

In the last 24 hours, SPACE has unleashed their official press release regarding production on the series.  And while not nearly as overt as the previous announcements, there are a few more connections that may pique curiosity.

Announced as the series’ main male lead actor was Niall Matter.  Matter already has a built-in sci-fi fan base, as he’s currently still being seen in the role of Zane Donovan on the hit series Eureka. (That series’ final season begins airing April 16 on Syfy.)  Eagle-eyed viewers may also recognize him as Lieutenant Kemp on Stargate Atlantis.  He played the role in two episodes of Season Four — “Tabula Rasa” and “Be All My Sins Remember’d.”

The rest of the cast includes Sara Canning (The Vampire Diaries), Miranda Frigon (Sanctuary, Heartland), Geoff Gustafson (Supernatural, theatrical comedy Hot Tub Time Machine), and more.  Additionally, British actor Andrew-Lee Potts has been tapped to reprise his role of Connor Temple from the original Primeval for the new series in a guest-starring capacity.  And with 13 episodes in its first season, there’s a significant chance of seeing more actors show up on-screen in guest roles that may have Stargate backgrounds.

The series — whose predecessor was always heavy in the CGI department — will also be in good hands as VFX company Atmosphere will be handling those duties.  Atmosphere’s previous credits include the final three seasons of Stargate SG-1 and every season of Atlantis.

All in all, the series looks to be a solid production, based off of a strong and already successful premise and with gifted and talented performers involved both on and behind the camera.  But those same virtues for Primeval do pose a larger question.  With substantial involvement from Wood, Tapping and Mikita now confirmed, where does that leave the future of Sanctuary?  Will there be one?

It’s a question on many genre fans’ minds, as well as ours.  Keep your browser locked to GateWorld for more relevant announcements on both series as they happen!

does this mean only canadian viewers will be able to see this? or will Syfy get in on it?

Great news… Primeval is officially back- albeit as a spin-off with new character, but back nonetheless.

Good to hear that Conner will, at least, be shown in an ep or two to provide some visual reference to old series.

it’s nice that SPACE is picking up shows and not ShmyFy :p i do wonder about sanctuary!! :((

Glad Connor will appear but how about Rex?

Exactly. I love the male lead, this could be great.

I hope it doesn’t jeopardise Sanctuary… :

where will we be able to watch in the usa