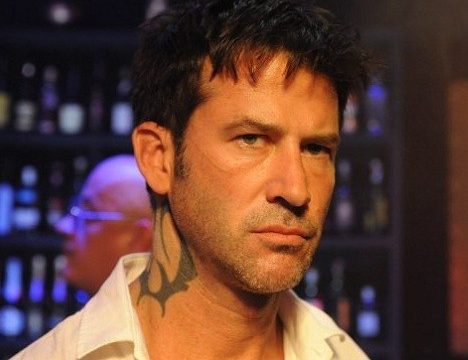 If you’re ready for another dose of Stargate Atlantis‘s Joe Flanigan (“Lt. Colonel John Sheppard”), this is the movie for you. Flanigan stars alongside the legendary Jean-Claude Van Damme in Six Bullets — an action film due to hit stores this August.

The trailer for the film has just been released, and you can watch it below.

In Six Bullets Flanigan plays Andrew Fayden, a former mixed martial arts champion and a father whose daughter is abducted while they are vacationing in Europe. Fayden hires Van Damme’s character, Samson Gaul, to help get her back.

The movie was filmed in Bucharest, Romania last fall.

Six Bullets will be released on DVD and Blu-ray on August 21 in the U.S., and August 27 in the United Kingdom. Pre-order it now at Amazon.com

and support GateWorld with your purchase!

Can’t wait for this, I’ve missed Joe on screen! Even if it’s a Van Damme movie.:P

So, just saw on twitter that Neal Acree, who composed music for Stargate and Sanctuary also did the score for 6 Bullets. What a small world, show biz.

Hey its something and if ya wanna be like that follow Dave Hewlett on twitter he even has a you tube channel. He’s working on something he even owns the entire spaceship set from destiny! I just got a feeling somethings in the works! Heck how much revenue do you think a Stargate endgame triliogy on the big screen would make using all characters? Only time will tell. You got to support Joe!!!

Good for Joe. It is also nice to see Ms. Plowman.

Yeah great news…for actor any job is great thing. I’ve just finished re watch the Atlantis season-1 and Joe was really awesome there as the whole season of SGA. Will check that movie as well when it’s out…but i agree it does sounds like “Taken”

I’ve ordered the BluRay version from Amazon UK just so I can watch Joe :)