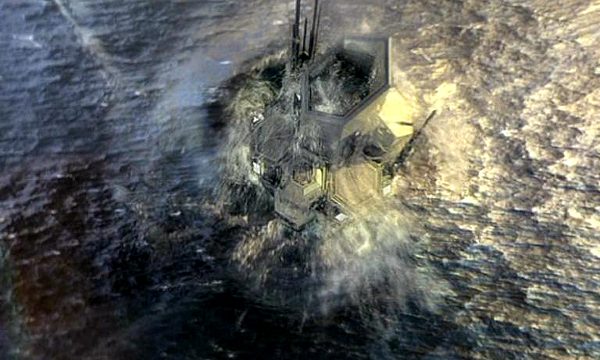 ‘What we’re looking for may be further away than we ever imagined … but it’s not out of reach.’

The lost city of the Ancients has been discovered, and Earth sends an expedition on the most important mission in human history! June is a great time to jump on board the Stargate Rewatch, as we begin a brand new series with the first season of Stargate Atlantis.

Relive all 100 episodes of the show, from new friendships to very ancient enemies — or watch it for the first time, alongside thousands of Stargate fans around the world! We’re rewatching all 17 seasons of Stargate history, concluding at the end of 2012.

We want to hear from you! If you are blogging about your Rewatch, writing new fanfic, creating artwork, or doing something else related to Atlantis Season One, e-mail us a brief description and a link.

Here’s your intro to Atlantis‘s freshman year, including links to everything related on GateWorld. 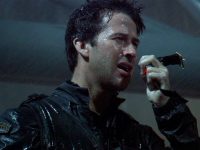 When the Stargate writers came up with the idea for “Lost City,” the seventh season finale of SG-1, they thought it might serve as a feature film. Instead SG-1 continued into an eighth year, and the search for the lost city became the jumping-off point for a second television series: Stargate Atlantis premiered on SCI FI Channel on July 16, 2004.

Here are the original character breakdowns and the official casting announcement from that year, plus our early reports on the show’s premise and the first episode! (Sorry about the old site template …)

SGA Season One on GateWorld:

Come back in a couple of weeks to cast your ballot for the first in our series of Stargate Atlantis Awards!

I wish I had time to rewatch all of Atlantis and SG:1. Great shows. Shows like these don’t need an end date. I could watch them go through the gate daily to take on some mission. This to me, is what was missing from SG:U. They broke the tried and true concept and it didn’t work out.

I got the blu ray set for Christmas and haven’t started watching it yet, so this will be a great opportunity for me to pull it out and start watching! Its a shame we never got those promised Atlantis movies. I guess SyFy would rather focus on making crappy B movies. I bet they would be a hit as Saturday movies though! Seriously SyFy, drop the B movies and instead do movies off of your popular canceled shows like Eureka, Sanctuary, Stargate SG-1, Universe and Atlantis and Farscape! And when you do B movies, bring back Mystery Science Theater 3000… Read more »

clearly laytoncy never watched sgu because they went through the gate in nearly every episode on desperately exciting missions that they depended on to survive. just saying. i am stoked that there is alot of participation on the rewatch of these awesome shows. season 1 opener is one of the best episodes. what am i saying they are all good!!!!

first 3 seasons were great. 4 and 5? it hits the fan. the siege parts 1-4 were the cream of the crop. it would never get better than that. the episode before the siege part 1 should have been part of the other 3.

I watched SGU and yes they did occasionally go through the gate (remember, they used the shuttles quite often too), but I never felt that their “missions” were as exciting as the ones from SG-1 and SGA. Desperate, perhaps, but not exciting.

SGA is my favorite series of all time, loving reading comments as people rewatch. No show has ever captured my imagination as this one and its characters did. I miss it intensely to this day.
Did you know Joe Mallozzi is doing a series of posts on his blog where he talks a little bit about each episode? Fun to read his take on things and some behind the scenes tidbits.

I never liked Stargate, UNTIL i watched the first episode of SGA. It was just awsome. By far the best series ever made. I would probably die of excitment if there ever was made a season 6. Will ofcourse follow this rewatch for five months too.

Why do people still continue to bash SGU for?
I liked all 3 shows they all had there good points. As for SGA I have the blu ray complete series too and am on season 5, great show.

Is it true that the blu-ray box set has a director’s cut of “Rising” and “Enemy at the Gates”?
I heard that it did, but haven’t been able to find anything online about what extra scenes were included and how much longer the episodes are.
Can anyone with the blu-ray boxset help out on that one?