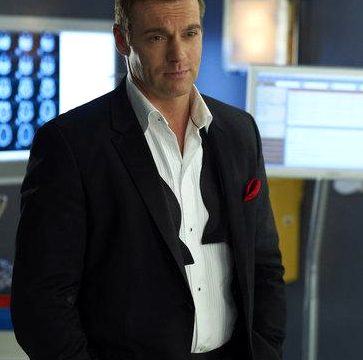 Stargate SG-1 co-star Michael Shanks (“Daniel Jackson”) has another hit on his hands with the Canadian medical drama Saving Hope. CTV, the show’s broadcaster in Canada, has renewed the series for a second season.

The series is the country’s highest-rated new series this summer, with a season-to-date average of 1.6 million viewers. Erica Durance (Smallville) and Daniel Gillies (The Vampire Diaries) also star.

“We’re excited that Canadian audiences have responded to Saving Hope with such enthusiasm,” executive producer Ilana Frank, Ilana C Frank Films (ICF Films), said. “We’re grateful for CTV’s commitment and proud to have this opportunity to bring a second season to viewers.”

Thirteen episodes have been ordered for Season Two, expected to air in next summer. Eight out of 13 episodes have aired so far in Season One.

Meanwhile the series has performed decently on NBC in the U.S. this summer, premiering to 3.12 million viewers on June 7. The show peaked with 3.98 million the following week before falling to a low of 2.2 million for episode five.  The network hasn’t announced yet whether it will air Season Two.

In Saving Hope, Shanks plays Hope-Zion Hospital Chief of Surgery Charlie Harris, who finds himself wandered the corridors of his hospital as a spirit while his body lies comatose.

New episodes resume on CTV and NBC in mid-August, after the London Olympics.

In other Shanks news, Michael Shanks Online reports that the actor has been cast to play the lead in Mr. Hockey: The Gordie Howe Story.  It’s sure to be a fun role for the real-life hockey fan, and will be directed by Stargate veteran Andy Mikita.  The film “will focus on the star player’s famed return to the NHL at age 45,” according to the report, and will begin shooting in Winnipeg, Manitoba at the end of August.

(Thanks to discodiva for the tip!)

I havent watched this show yet but michael shanks is a very underrated actor. I’m sure he will have alot of success with this show. I can’t believe he is gonna play gordie howe. As a HUGE hockey fan this is some of the best news ive seen on this site in a while haha. no offense darren you do a great job. keep up the good work

NBC better renew this show, I am absolutely hooked on it, and would like to see a second season. I don’t live in Canada, so if it doesn’t get picked up on NBC, I will have to find a way to watch it, even if I have to log onto the CTV website each week to watch it (only because I can’t get the CTV app on my iPad). The ratings have been decent here, and let’s face it, NBC has a dearth of quality programming. Sure, they have shows, but this is something they have been missing for a… Read more »

Congrats to the whole cast & crew. It’s a great show, and Shanks does a fine job. I’m looking forward to the rest of season 1.

According to the comments at TVByTheNumbers those US ratings aren’t very good. But since the Canadian numbers are terrific hopefully the show will be around for a while. Even if it’s on Canadian TV only.

good for him. but i do not care about this show

Talking of Gate actors in other series, has there been any update on Paul McGillion’s Captain Starship, or Ben Browder’s Nick Naught PI?

Glad to hear that it got renewed. I’m in America so I hope that NBC actually picks it up for the second season. I hated that NBC showed the Canadian show The Listener for 3/4 of the first season and didn’t renew after that. Now I’m stuck trying to find it every week.

I am glad to hear this and good for him but I wish I could actually see it. It is on the same time as Burn Notice and I can’t watch him. Why can’t they schedule these things better

To those who are hoping NBC will pick it up over in the States I have this to say, don’t get your hopes up. Total viwers mean next to nothing when you have a show hitting a low of 0.3 in the 18-49 demo rating.

But given that the network is in bad shape as it is, anything is possible.