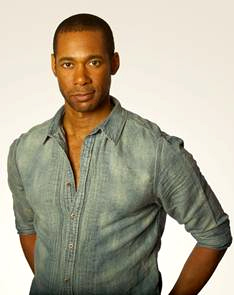 Frequent Stargate SG-1 guest star Dion Johnstone is headed to Syfy’s next big original series.  The actor has been cast in a recurring role on Defiance, set to premiere in April.

“Having a great time back on the set of Defiance,” the actor recently tweeted. “Have shot a few scenes already with the dialogue almost fully in alien. Super cool!”

The series (which will be tied in with the MMO-RPG of the same name) is set in a frontier town populated by both humans and alien species after an alien ark crashes on Earth, leaving the planet transformed.  An alien species called the Votans are among those seeking a new home on Earth after their world is destroyed.

Johnstone played several roles on SG-1 both with and without prosthetics, including Chaka (“The First Ones,” “Beast of Burden”), Lt. Tyler (“The Fifth Man”), Captain Nelson (“Rules of Engagement”), and Warrick (“Forsaken”).

In addition to his turn on Defiance, Johnstone can be seen in guest roles on Canada’s Flashpoint and Cracked.  He’ll then head back to the stage to play Marc Antony in the Chicago Shakespeare Theatre production of Julius Caesar in February and March, 2013. 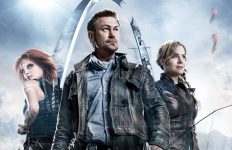 the sg1 episode where this guy played a alien in disguise was really good.

Pretty versatile guy along the lines of Chris Heyerdahl.

i tried to watch haven on syfy then that old hatred for syfy returned and i went back to dateline nbc.

“Haven” is a much better show now than it was when it started. I was kind of disappointed by the first season.

Why are we talking about “Haven” again?

[…] Recurring actors include Brittany Allen as Tirra, a troubled employee of Kenya, and Dion Johnstone as Nizar (story). […]

@kyle Nin, because it’s a superior show. I guess I’m gonna watch it again. Can’t blame a show because of the network’s nonsense. And I’ll probably watch Defiance

Nonsense? That’s like calling a nuke a “small bomb” Heresy, Insanity, Betrayal, and a bunch of other things I cant say even on the Internet!