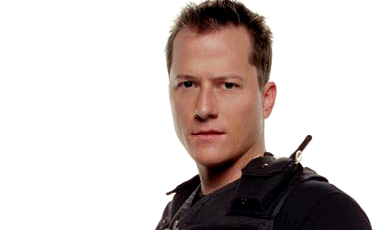 While he is going to be fine in time, this type of news is the type we hate to report.

According to TMZ, actor Corin Nemec — who portrayed “Jonas Quinn”, the Kelownan scientist from Langara and eventual SG-1 team member in Season Six of the series — is recovering from emergency surgery after shattering his leg in multiple places in a boating accident this past weekend.  Nemec, who was in Belize shooting a film (presumably a production headed for Syfy) called Poseidon Rex, was on board a Coast Guard vessel that crashed violently into a partially submerged barge.

“We hit the sinking barge … with an enormous amount of force,” Nemec told a local reporter in Belize. “[And] that threw me into the side of the boat where I shattered my femur in three places.”

Nemec reportedly lost massive quantities of blood, over half of what was in his body.  He was rushed to a nearby hospital for emergency surgery and required multiple blood transfusions before finally stabilizing.

“Everyone on board that boat, including the gentlemen working for the Coast Guard … everyone is lucky to be alive,” Nemec said.

While the actor recuperates, you can send him your well-wishes for a speedy recovery on Twitter at @iamcorinnemec.

(Thanks to Michael S. and Michael V. for the tip)

My goodness. Glad he’s doing okay now and hope him the best in his recovery. That sounds more painful than i care to imagine…

I am so glad he is okay! Hope for a quick, struggle-free recovery

Along with everyone else, I am glad to hear he will eventually recover! This was a bit shocking to hear.

hope your recovery is as speedy as walking through the stargate! :-)

I hope he’s going to be OK, one problem with those kinds of injuries is clots forming.

[…] to Gateworld.net, the actor  was riding on a Coast Guard vehicle in Belize when it hit a partially submerged […]