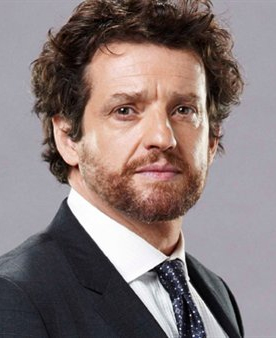 ABC has picked up Motive for U.S. broadcast, with only a few days to go before the new crime drama’s Canadian premiere.

The show will air on ABC this summer. The first season runs for 13 episodes.

The series aims at injecting a new element into the police procedural format by focusing on the reasons why crimes are committed, showing both the criminal and law enforcement side of the story. It’s not a traditional “whodunit,” says the network, but a “whydunit” — with the heroes chasing clues backward to find the killer who has already been revealed to the audience.

Motive also co-stars Roger Cross as Staff Sergeant Boyd Bloom. He appeared as SG-11’s Captain Conner in the first two seasons of Stargate SG-1, and more recently has a recurring role as a Liber8 leader on the Showcase/Syfy series Continuum.

Another familiar face from the Stargate family is Cameron Bright, who plays Manny Flynn. Bright played the young Orlin in SG-1‘s “The Fourth Horseman” two-parter.

A partner to Detective Flynn, Vega comes from a background of money and privilege and turned his back on an Ivy League education to join the police force, where he believed he could make a greater impact.

Check out Motive this weekend in Canada, and stay tuned to GateWorld for more details on the summer premiere on ABC.

(Thanks to Shenandoah for the tip!)

WICKED!!! Louis Ferreira coming back to US TV. Thanks Canada for sharing such a wonderfully talented actor. I can’t wait to see Louis again on a weekly basis even if it is only for 13 episodes. Any Louis is GREAT!!

I really didn’t know Louis was in this. To be quite honest, seeing the promos on TV…so cheesy and cheap looking… for this show didn’t even make me want to give it a second thought.