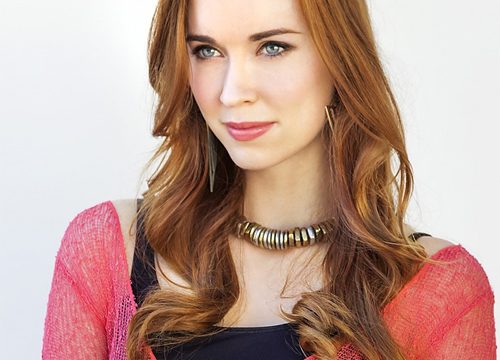 Former Stargate Universe co-star Elyse Levesque calls her time on the show “two of my most memorable years yet.”

Levesque played Chloe Armstrong on SGU, which ran on Syfy Channel from 2009 to 2011.

“It was a game changer for me in a lot of ways, being brought onto a show like that,” she told TV Wise. “I’m still such good friends with many of the people I got to work with. It was such a great experience from top to bottom. I loved the show itself, my co-stars and getting to travel with them to promote the show. Just everything that came with the experience of working on that show was special. It was a very magical time in my life.”

She also talked about her experience at fan conventions — starting with her first trip to San Diego Comic-Con.

“I was so scared!” she laughed. “I’d never gone to a convention before, let alone the convention. They put you on stage in front of 4000 people or whatever it was and it was insane! I did conventions in the states and have gone to the U.K. a couple of times. They are a lot of fun, especially the U.K. ones because it’s a full-on weekend thing — whereas some of the other ones you just show up to do your Q&A and that’s it. The U.K. ones are a weekend of fun, you get to know everybody and you really get to connect with the fans.

“These fans are so supportive and loyal. It’s very touching to see that people love something you did so much that they are willing to spend a weekend and hear you just talk a bunch of stuff about the show.”

The 28-year-old actress now appears on the Hallmark Channel original series Cedar Cove, alongside former Stargate SG-1 actress Teryl Rothery (“Janet Fraiser”). The series has averaged over 2 million viewers and will be back for a second season (story). She plays Maryellen, daughter to Rothery’s character Grace.

Stargate fans will spot a number of other familiar faces from the Vancouver film community, including Garry Chalk (SG-1‘s Russian Colonel Chekov) as Sheriff Troy.

Read the full interview with Elyse over at TV Wise!

Also was almost written off SGU due to her F this, F that mouth.

She looks so much hotter in that picture than she ever did on the show.

She was also the worst and most worthless character in all of Stargate history. Chloe was even worse than Vala on SG-1.

Btc909, I wish she would have been written off the show.

The worst character was Tey’la. But yeah, Chloe was a very close second.

What are you talking about? Young – crazy, Rush – sociopath … Eli – overgrown gamer. None of these people are not suited for this mission! Chloe is no exception. She was not supposed to be on this ship, as well as many others. Then why is she a bad character?

wow i cant believe some of these comments. how can you call these women worthless? they were main characters in a show we all love. would you prefer a sausage fest? i didnt think so. and she does look smokin hot in that picture

shermacidal, Chloe was a useless character. She added nothing to the show except someone to cry about pretty much everything.

skittles, how was Tayla the worst? Here character actually added to the story. Chloe and Vala adding NOTHING. They were just annoying.

Maybe we’re lucky, maybe not, that not all of us are like you jimv1983. Not all of us want bread and circuses. The fact that people are different, it makes me happy. Just because otherwise it would be boring, do not you think? Therefore, people accidentally got on this ship is just as important, and they are also part of the story.

How is Teyla at all the worst? She was a strong warrior and I wish I could have half the strength she did. Chloe was a useless character, until she began to help figure out the ship, but then again, there were people on Destiny that were much less useful then Chloe. Vala was not completely useless either! She had her moments where she was annoying but she also had her moments where she saved SG1.