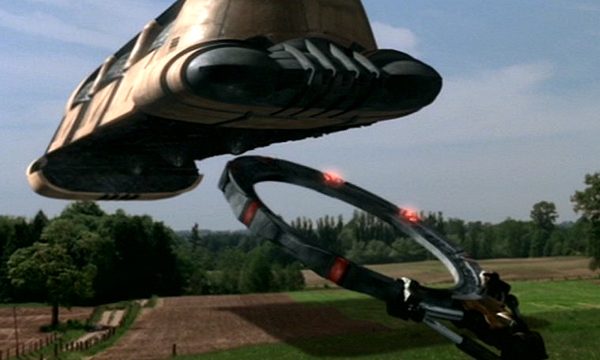 SG-1 encounters a potential new, technologically advanced ally in the war against the Goa’uld — though they do not know the Aschen’s secret agenda to conquer the planet Earth.

A sequel to Season Four’s “2010” (with episode titles playing off the work of Arthur C. Clarke), this episode put the viewer in the unusual position of knowing much more than the team knows. The whole plotline in fact revolves around SG-1 figuring out what the audience already knows.

Rewatch “2001” this week! Then post your comments below, or head over to the “2001” discussion thread and see what people were saying back in the day. What are your favorite moments?

i enjoyed this ep! my fave part was sam flying through the gate at the end… upside down, landing bad… ouch!! :p

I felt this episode and 2010 were pretty unique. It was one that makes one wonder….what if? I seen stuff online where it was talked about revisiting the Aschen storyline again. Where there was going to be some kind of trial where Earth would be tried for mass murder or something along those lines for what they did to the Aschen with those gate coordinates. Obviously, that revisit never happened. It would’ve been nice to see it touched on again in some way though. I really miss new Stargate episodes.