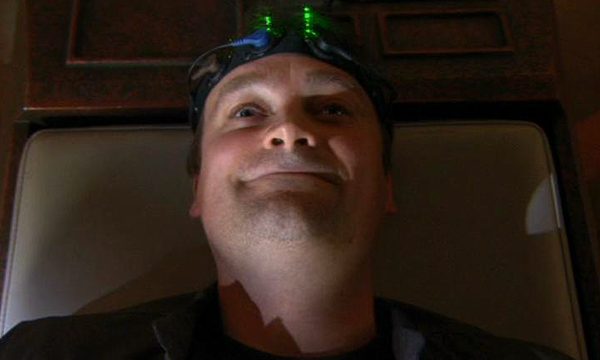 After an Ancient device gives Rodney superhuman powers, his enhanced brilliance is checked only by his impending death — unless he can learn how to ascend.

“Tao of Rodney” on GateWorld:

Download “Tao of Rodney” now from Amazon or iTunes!

Rewatch “Tao of Rodney” this week! Then post your comments below, or head over to the episode discussion forum and see what people were saying back in the day. What are your favorite moments?

I like this one, of course I love the Rodney centric shows the best.
I love the amends Rodney makes to the others and how sweet is his voice when says ” You love me?”.

One of the best episodes of Stargate hands down

I liked the episode, yet I hated that they chose Rodney. He may be smart and has been helpful but, he’s obnoxious and treated ascension as something to “meh” at.