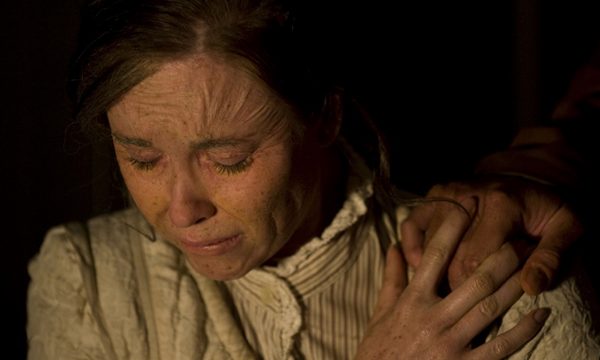 While attempting to return a group of colonists to their home, the crew finds records of their own alternate lives — and a planet on the verge of seismic destruction.

We’re wrapping up 2014’s Episode of the Week feature with Stargate Universe‘s alternate-timeline swan song. Come back next week and join us for our 2015 project: all of Stargate‘s epic premieres, mid-season two-parters, and season finales … in order!

Rewatch “Epilogue” this week! Then post your comments below, or head over to the “Epilogue” discussion forum and see what people were saying back in the day. What are your favorite moments?

SGU was a truly awesome show. That’s not to say SG1 and SGA weren’t, but I really bonded with the crew on Destiny and was eager to see more. Plus the planets the stargates went to were so varied and different and the effects are superb! I still hope that MGM or whoever will decide to wrap up that franchise and bring all the crew back and give it a proper ending.

This should have been the foundation for a re-boot of the show. In effect, the Destiny crew could have spent the next several seasons exploring the human experience through societies/conflicts that are 2000 years removed from today. Rather than just putting people in tough situations, they could have gone back to the Science Fiction tradition of commenting on current events through fantastical stories; the fun of Stargate, the gravitas of Star Trek and the grittiness of BSG.

loved sgu and this was a great episode.

@Paul_Boland to me SGU was 2 different shows only one of which was awesome, the first halves of seasons 1 and 2 were mostly unbearable melodrama about boring character back stories, love triangles and pointless and reasonless hostilities, lying, manipulations and power struggles between the crew members. the two second halves of the seasons on the other hand were amazing sci-fi with a lot of action, different worlds, alien species and alien technology, its a shame they couldn’t only make the sci-fi episodes, in my opinion that’s the reason the show got canceled, many fans couldn’t tolerate to soap opera… Read more »

I loved the all characters and their backstories. Learning about how they weren’t exactly stereotypes, but multi-faceted people.

Those interpersonal relationships are what drove the scifi elements and gave them weight and meaning.

It’s such a shame this show didn’t last. But in the end, we got Agents of SHIELD and Once Upon A Time which included SGU alumni.

Reading this gave me goosebumps. Epilogue is my favorite episode of SGU, and it ranks among the best Stargate episodes ever created. By the end of the second season, this series well-deserved to stand alongside SG-1 and Atlantis as proof that Stargate may very well be the greatest science fiction franchise of all time.

This is the best made it is well acted and hits u in the heart and head at the same time! Arkatox said it best thanks one million times over.

This was one of the best episodes. Seemingly well thought out. I liked how seeing human civilization thrive in such a distant part of the universe. It was also very sad to watch at the same time.