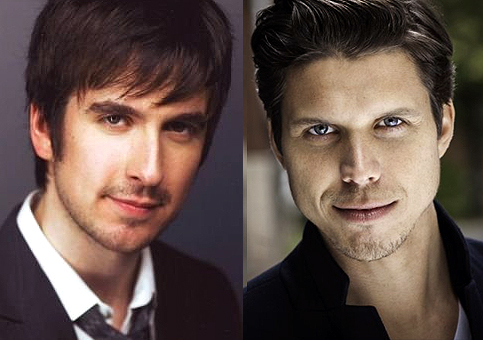 Ever since MGM made it official last May that the studio is working with Dean Devlin and Roland Emmerich on a new trilogy of Stargate feature films, we’ve been anxious for more news. Who will be involved in it? What will it be like? Will it include new versions of Jack O’Neil(l) and Daniel Jackson, or totally new characters?

This week we finally have a little more news on the project.

The Hollywood Reporter says that screenwriters Nicolas Wright and James A. Woods are in final negotations to write the first of the films, which Emmerich will direct following the next Independence Day feature. As writers Wright and Woods and relative newcomers in Hollywood, writing Independence Day 2 with Emmerich — which resulted in FOX giving that project a green light based on their draft.

This was after Emmerich’s Centropolis Entertainment acquired a script for an action thriller from the writing team. Wright has also sold a comedy spec script to Sony Pictures, and developed TV series with IFC and Comedy Central.

Wright (@nicolaswright) and Woods are actually established actors, according to IMDb. Wright was a regular on the short-lived Jenna Elfman comedy Accidentally on Purpose, and appearaed in the 2013 feature White House Down (directed by Emmerich). More recently, he played David on the ABC fall comedy Manhattan Love Story.

A native of Montreal, Woods started his acting career alongside Wright in the Canadian film Hatley High. His credits also include The Festival, The Dead Zone, and the role of “Mark” in Syfy’s Being Human. He has also done voice work for video games such as Far Cry 3 and 4, and Assassin’s Creed III.

Devlin — who co-wrote the original Stargate with Emmerich — will produce the new films.

Keep it locked on GateWorld for full coverage of the new Stargate movies in the days to come!

This film will likely be awful. To date, Dean Devlin and Roland Emmerich have never made a great movie.

1- no. just no. if the franchise is going to be continued, do it with the TV mythology.

2- another ‘wright’ and ‘woods’ involved in stargate? funny! :p

I love the original Stargate Movie. I loved it so much so that I held off watching SG-1 until Atlantis came out because I was a purist at the time and didn’t think the TV show could live up to the movie. Whelp I was very wrong. The TV shows not only exceeded my expectations, but it also made me appreciate the movie much more. I watched the premier of Atlantis and that got me to watch SG-1 and then Ultimately Atlantis (which I still think was killed off way before it’s time). I am going to give these new… Read more »

@skittles: I found ‘Stargate’ to be a great movie. @majorsal: I wonder if they actually have the ‘rights’ to make use of the TV mythology, or if they even would want to do so. In a way the series SG1 was a reboot of the original movie, with Atlantis and Universe generating naturally from the creative process of the series. @Sylvia: Why not? I for one can’t wait to see ‘Stargate’ hit the screen again and to see how it is going to be presented to the audience. I love good SF and the Stargate concept is rich enough to… Read more »

At this point, I’ll take anything related to Stargate. I miss you, Stargate!!!!! I loved both the movie and every series that was made. I’ve watched each multiple times. I don’t view them as the same so to me it’s okay they are different story paths. I’m hoping if the new movie doesn’t follow the series that it’s in the same quality as the original. It would be cool if it continued where the original movie left off and they brought Kurt Russell and James Spader back – as if it was 21 years later and the program was still… Read more »

Can’t wait, it will live up to the movie and people will both love it and hate it.

I’m with GMarsack on this. I’m hoping the movie comes out before I’m forced to buy DVD’s of Stargate Infinity to feed my addiction

I will take anything Stargate right now. Haven’t watched Sifi sense they took it off. Everything else is crap.