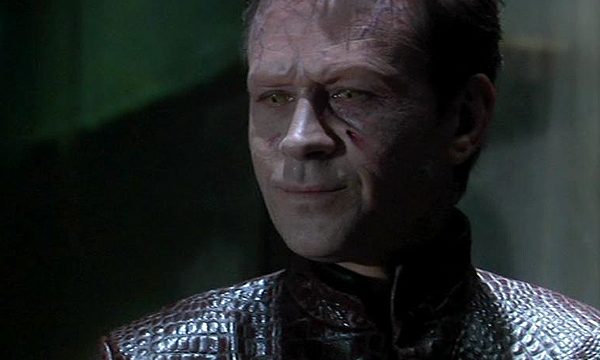 As a mysterious new illness sweeps through the Pegasus Galaxy, Teyla is convinced by a vision that the father of her child is trying to communicate with her. But after she is captured by Michael, the team is shocked to find an old friend, believed to be dead, miraculously returned to them.

“The Kindred” on GateWorld:

Rewatch “The Kindred” (Parts 1 & 2) this week! Then post your comments below, or head over to the episode discussion forums and see what people were saying back in the day. What are your favorite moments?

what’s funny, too, is that writer Carl Binder wanted to kill off Carson with the intention of making it clear he was dead and wouldn’t come back, contrary to Ford’s pending plot. The first time I watched the episode I actually thought Ford was gonna be in that room…

If I hadn’t just glanced at this page I’d still be none the wiser to the fact the bumping off of Dr Beckett was actually one incredibly stupid and badly executed long term plot device! If you have a really popular character and talented actor playing them, you don’t reduce them from regular cast to bit part guest appearances after a year’s absence! Not to mention that as the new character was a clone, it was not a true resurrection of the same character. More like the creation of a twin, somehow with their older brother’s memories. There were so… Read more »