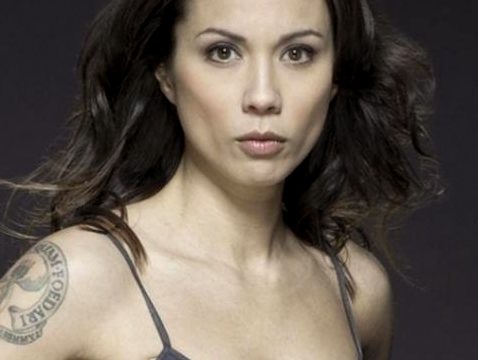 Arrow has a new potential adversary in the form of Lexa Doig, former co-star of Stargate SG-1, Continuum, and Andromeda.

The CW announced today that the sci-fi favorite has been as Talia al Ghul, daughter of Ra’s al Ghul (former leader of the League of Shadows) and half-sister to Nyssa (who is played by actress Katrina Law). Talia herself is a skilled assassin and warrior, and an important supporting character in DC Comics lore. (She has a particularly significant relationship with Batman.)

She often plays the role of a villain, but as with her sister Nyssa (to whom Oliver Queen is technically still married) things are a bit more grey than that.

Talia has actually already turned up on The CW’s DC universe. She appeared as a child (played by Milli Wilkinson) in a Season One episode of Legends of Tomorrow when the team traveled back in time to

She’ll appear in this season’s tenth episode and recur thereafter. The air date for her Arrow debut has not been announced yet, though it may not air until the series returns from its winter break in late January.

Arrow is currently airing its fifth season Wednesdays at 8/7c on The CW.