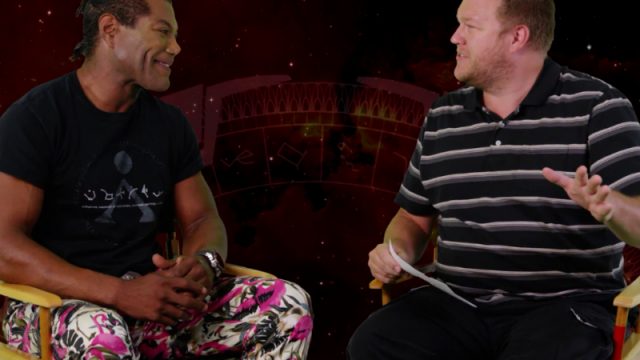 We’ve seen the pictures, we’ve heard the news. Now, we have the product.

The first episode of the new Stargate interview series “Dialing Home” has been released on the digital platform Stargate Command. Billed as “a series of retrospectives and talent interviews,” “Dialing Home” seeks to create a candid and intimate environment where key cast and crew can relive their fondest memories of the franchise.

The series will be hosted by Stargate SG-1 actor Christopher Judge (Teal’c) and GateWorld’s David Read. So far, about a dozen individuals have been interviewed.

The premiere installment — which introduces the two hosts — focuses on some of Chris Judge’s earliest SG-1 stories. The episode clocks in at about 11 minutes, with some excerpts from the SG-1 pilot “Children of the Gods.”

“Dialing Home” is part of a new wave of Stargate content being produced for MGM’s digital streaming service. The first two installments of the series will be available for free worldwide, while later installments will be exclusive to “All Access” subscribers.

A 10-part digital series, Stargate Origins, was green-lit back in July. The new digital platform was launched back in September.