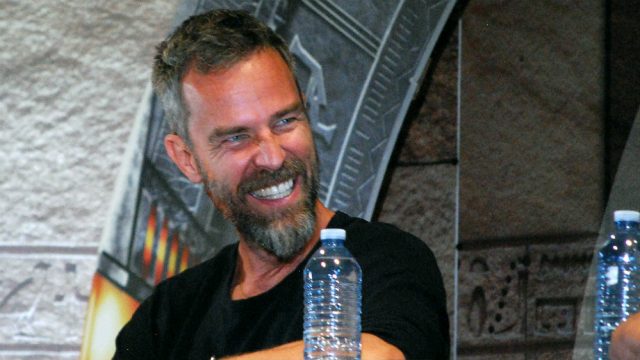 JR Bourne on stage at Gatecon: The Invasion in 2018

A familiar face from Stargate SG-1 is headed to another sci-fi hit. Actor JR Bourne has been cast in a recurring role on The 100, Entertainment Weekly reports.

Bourne will play Russell, described as “a charismatic leader, a visionary and pioneer who will face the difficult moral choices emblematic of the hard-hitting show.” Russell rules over a peaceful society and will develop a “complicated relationship” with Clarke (Eliza Taylor).

The character will appear in a multi-episode arc in the show’s upcoming sixth season. 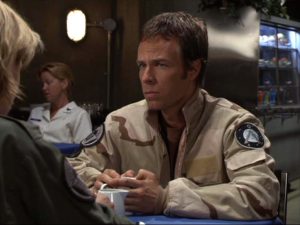 Bourne played the fan-favorite Tok’ra Martouf in a recurring role on SG-1, appearing in six episodes before his character was killed off. Martouf made a return appearance — from a parallel universe — in Season Nine’s “Ripple Effect.”

Bourne is also well-known to Teen Wolf fans as Chris Argent. He has also had a recurring role on USA’s dreamscape series Falling Water.

The 100 is no stranger to Stargate veterans, as the show films in Vancouver, B.C. The past season saw Mike Dopud (“Varro”) in a recurring role.

Filming on Season Six of The 100 is now underway. The show is expected to start airing in early 2019.