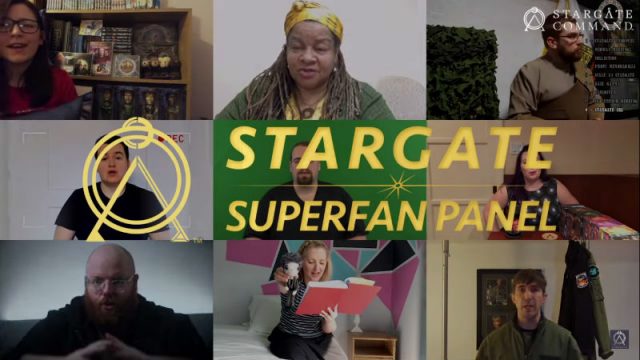 In January MGM and Tongal put out the call for Stargate’s biggest fans to apply to the Stargate Superfan Panel, submitting a personal video on your fandom and how Stargate has impacted your life. After much deliberation, the results are in.

Today the studio’s official platform at StargateCommand.co announced the inaugural panelists, and shared further details about what’s to come for the unique initiative. Take a look at the announcement video below.

“Fans have always been an essential part of Stargate,” a studio rep said. “So as the stewards of Stargate Command look to the future, it’s only fitting that they would turn back to fans again and ask them to step up and help shape the coming stream of content. Thus comes the genesis of the Stargate Superfan Panel.”

Members of the new advisory group will be asked to weigh in “on everything from new digital series to behind-the-scenes specials, as well as take part in local Stargate fan events and activities on the Stargate Command platform.”

Sonia Melinkoff runs her own sci-fi-themed business at Nerdy Novelty Design. She was on hand at San Diego Comic-Con in 2017 for the announcement of Stargate Origins, and actually did the write-up of the event for us here at GateWorld.

Fans might also recognize Taylor Underwood, the Oregon fan who runs The Stargate Guy channel on YouTube. He creates weekly original content exploring the Stargate universe and its mythology.

In selecting the first panelists MGM told GateWorld that they were looking for a broad mix of people, including both those who are vocal online and also men and women active behind the scenes in their own creative activities. The panel includes cosplayers and prop makers, organizers and other passionate fans. 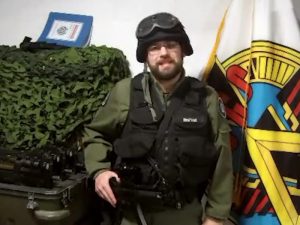 Superfans will serve a fixed term on the panel, during which they will represent fans worldwide on the Stargate Command platform and participate in regular consultations via phone and video conference. They will also help to organize Stargate Command fan events in their area, beta test new products and platforms, and more.

After one year of service fans will rotate off, with new opportunities for other fans to join up. MGM is currently looking at one-year terms for panelists (though the length of a term could change down the road).

First up for the Superfan Panel: a kick-off celebration of Stargate at WonderCon, set for March 29 to 31 in Anaheim, California. Stargate Command will share a booth there with Legion M, introduce the fan panel to the public (Saturday at 12:30 p.m., North 200B), and throw a party open to all of Stargate’s fans at WonderCon on Saturday night.

There’s more to come from MGM and Stargate Command in 2019, so keep it locked on GateWorld for breaking news!

Honestly, this sounds like a lot of delaying tactics. I mean, who does this? Just give us content or don’t. They want to keep the fans without really doing anything to earn them.

Such a shame that Darren wasn’t picked. No one has demonstrated more passion for all things Stargate!

Ah, thank you for the vote of confidence. Darren didn’t apply this time out. I’m thrilled to see other fans have an opportunity to step up and be heard by MGM.

It’s rather amusing — in a bizar kind of way — that they picked a French winner when he doesn’t even have access to the full contents of the app/site. He’s literally representing 189 countries right now — I hope he knows that.

Also, @Darren… any particular reason you are referring to yourself in the 3rd person?
You okay man… =P

I’m not expecting anything to come from this panel. So MGM picked nine fans to ignore in person? Big deal.

I been open but mgm and Tongal want to much legal possible self product or ideas didn’t right or fair but get business model.

What ever happened to these guys?
Are they even real?