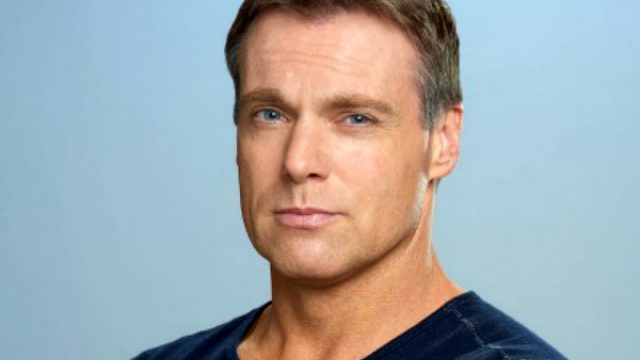 Stargate’s Michael Shanks (“Daniel Jackson”) is headed to another science fiction universe, with a role in the upcoming second season of Altered Carbon.

The Netflix drama follows a twenty-second century soldier, Takeshi Kovacs, whose consciousness is resurrected by being implanted in a new body (called a “sleeve”) in the twenty-fourth century. In Season Two Anthony Mackie (who plays Sam Wilson, a.k.a. Falcon, in the Marvel Cinematic Universe) takes over the lead role, played by Joel Kinnaman in the first season.

There is no word on just how big Shanks’ part in the series will be. And no release date for the new season has been announced yet. But with filming reportedly starting in February of this year, a premiere sometime in early 2020 seems likely. Also starring are Simone Missick, Dina Shihabi, Torben Liebrecht, Renée Elise Goldsberry, James Saito, and Chis Conner. 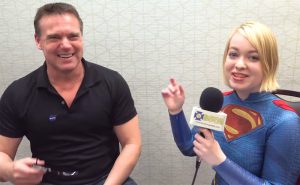 Shanks revealed his upcoming projects yesterday in an interview with Fandom Spotlite, at Shore Leave 41 in Baltimore.

The actor also revealed that he will appear in Virgin River, a romantic drama also in development for Netflix. It follows Melinda Monroe (Alexandra Breckenridge, The Walking Dead), who responds to an ad to work as a nurse practitioner in a small California town in order to start fresh and leave her painful memories behind.

The series is based on the best-selling novels by Robyn Carr. Virgin River‘s 20 books have sold more than 13 million copies.

Fandom Spotlite also talked with Lexa at Shore Leave. She talks about her work in the Canadian film and television industry, her geekdom, and her forthcoming projects — including a second season of Virgin River, plus Hallmark’s Aurora Teagarden Mysteries. She also teased a genre-related project she is in, but can’t talk about yet.

Watch both interviews below!

From the Moderator: Everyone, please take a breath and read GateWorld’s comment rules. Profanity and direct personal attacks will be deleted.

That’s just what we need; another white paste actor for a sci fi show based on an East Asian lead. Hollywood can’t even bring themselves to hand over the reigns to an East Asian male lead because Hollywood is a bunch of racists stereotypical bigots. F— what this show represents and f— Hollywood.

Taylor Made
Reply to  William Chan

In the books, the racial orientation of the sleeves themselves is rarely if ever discussed. The main characters home planet certainly has those cultural origins and it’s clearly implied the people that live there are of that genetic history but race in that universe seems to be pretty much a moot point as it’s much more concerned with pointing out the class separation between the virtually immortal rich and the slum dwelling poor they manipulate. That being said there’s no mention of who Shanks will be playing. The first two books take place on a multicultural earth and then a… Read more »

Why is it that every time a person’s skin color is up in the air, the go to is always a white cracker? Why is that when the particular person is not white what whites always ask is why race matters? Case in point: Jesus of Nazareth. Stick a desert Jew right next to a desert Muslim and I can’t tell the difference. They both look brown to me. Whites will swear up and down Jesus was either white with red sun burn and peeling skin flakes hanging out in a desert or that age old white excuse of why… Read more »

did you read the article? BLACK actor Anthony Mackie will be taking over the lead role as Takashi Kovacs

I’m just shocked after all of StormOverKrynn’s complaints that he poses the question “Why is that when the particular person is not white what whites always ask is why race matters?”

The immediate assumption that someone has to be white to have a broad misunderstanding of racial differences is pretty ridiculous and frankly, needlessly insulting. Don’t get your political bias and western centric view point mixed up with common sense. People of all ethnic backgrounds have equal opportunity to be ignorant.

This is the new century. People shouldn’t be saying well isn’t that nice; an East Asian male got some screen time on a sci fi show. According to sci fi Hollywood; East Asian males are extinct in the future. Let me break it down for you like this. When an East Asian is needed for a scene the obvious answer is a sexualized East Asian female that f—s all the white and black actors said every Hollywood producer ever. Never mind that it took a full blooded Asian male to help make that East Asian female in the first place;… Read more »

Deleted this as my point was addressed already.

What are you on about? The lead for season 2 is a black guy, Shanks is playing a supporting role. Seems like you’ve got some issues with race that you need to sort out, buddy.

So I’m supposed to be happy that black men get the leading man role while banging the East Asian female? That’s a tired Hollywood trope; one that gets played way too much. Think I’m being too sensitive? Then try an East Asian male lead scoring with the African American female actress on for size: and not just for a comedic situation. Now let’s hear your opinion.

If only Will Yun Lee or Byron Mann had been cast as Takeshi and not some other guys in throw away bodies.

At least try to be knowledgeable on a topic before you go on a racial tirade you troll. It is very clear that you haven’t read the source material at all. Takashi has multiple sleeves through out the series. In the second book, which the second season is loosely based on, he is black. You are a Troll plain and simple.

Taylor Made
Reply to  StormOverKrynn

You want my opinion? If the show doesn’t appeal to you, don’t watch it. And if you haven’t seen it, stop complaining about it.

Did you even read the books at all? The whole central premise behind the character is that he is an envoy and they change sleeves like most people do socks. If you watched season 1 at all you would have realised that Will Yun Lee was the original Kovacs (The birth sleeve) yet in the very 1st episode he wears the body of another person (Byron Mann who is asian by the way) then he wakes up on earth inside the body of Joel Kinnaman a white body a body that was rented by Bancroft so that Kovacs could do… Read more »

If Idris Elba can play Roland deschain of Gilead I don’t see a problem. We got Arab’s in Aladdin with a black genie. We got a black Ariel. This just doesn’t surprise me.

I’d suggest that, while whitewashing in Hollywood is a real and severe problem, in the case of Altered Carbon the criticism is misplaced. The show’s very premise is that people’s conscious minds can be put in different “sleeve” bodies. This is science fiction at its best: race is not irrelevant, but rather the premise prompts some challenging questions about race. The fact that an Asian man can find himself in a white or black body (in Takeshi’s case, rather against his will) should provoke some tough and thoughtful conversations. That’s kind of the point with this world; so complaining that… Read more »

If you dig even deeper in the books you will see that Harlan’s World where Kovacs is from was settled by Japanese and Polish people that heavily intermixed hence his unusual name.

The show (so far) is a fairly faithful adaption of the books. In the books the racial makeup of the bodies/sleeves simply isn’t an issue. Shanks will not even be playing the lead. Your point, such as it is, is totally without basis. You should write to the author and demand he rewrite his novels and eradicate all the caucasians so that you then feel better.

I hope michael shanks pushes to reboot good ol sg1#bestshow ever #thisshow be b istruth!!

Love it, enjoyed it, more,