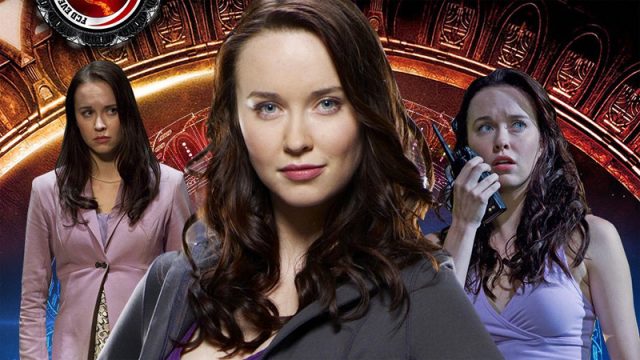 The guest list is expanding for the next Stargate fan convention in Telford, United Kingdom. FCD Events announced recently that Elyse Levesque and Tony Amendola have joined the line-up for Cal Mah 3, set for this spring.

“Cal Mah 3: Unending” will take place at the Telford Centre Hotel by Accor, the weekend of May 29 to May 31, 2020. MGM’s official Stargate Command site is sponsoring the event, along with Legion M.

This marks a rather rare convention appearance for Levesque, who played Chloe Armstrong on Stargate Universe. She recently appeared in the comedy horror film Ready or Not for Fox Searchlight, and on the horror anthology Into the Dark: Pilgrim — which lands on Hulu November 1. 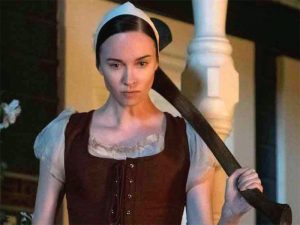 Elyse Levesque is here for Thanksgiving in Hulu’s Pilgrim.

Amendola has been a fixture in the Stargate world since his debut as Jaffa Master Bra’tac 22 years ago. He also played Geppetto on ABC’s long-running fantasy drama Once Upon A Time.

With Elyse joining her SGU cast mate David Blue (“Eli Wallace”), Cal Mah 3 is shaping up to be something of a reunion for the third live-action Stargate TV series. Julie McNiven (“Ginn”) and Mike Dopud (“Varro”) are also on the guest list, along with SG-1 and Atlantis actors Dean Aylesworth (“Anubis”) and Dan Payne (“Kull warrior” and numerous other roles).

Visit Cal-Mah.com for more on the event and to buy tickets. And see other upcoming Stargate fan events on GateWorld’s Conventions page!