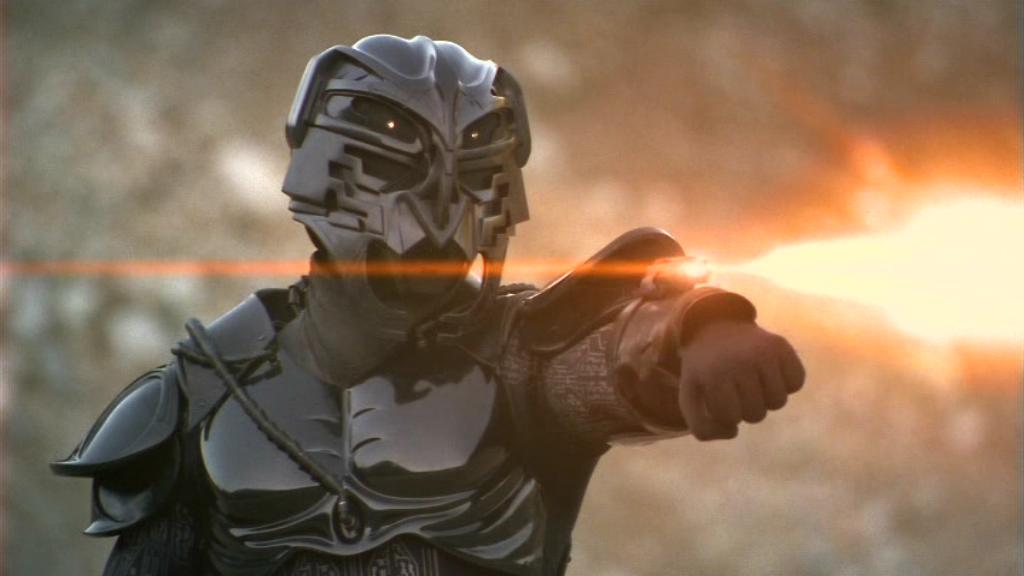 A race of creatures genetically engineered by Anubis, likely intended to eventually replace the Jaffa as foot soldiers in the Goa'uld's army. These nearly unstoppable soldiers are given life and enhanced by Ancient technology, and kept alive by Goa'uld symbiotes -- "blank slates" created deliberately by the Goa'uld queen without their species' genetic knowledge, in order to make them subservient. The creatures are fused into their black armored suits, and are aided by a breathing filtration apparatus. The super-soldiers are enhanced with plasma-absorption armor, so that nearly all energy weapons directed against them have no effect.

The first super-soldier encountered by Teal'c and Bra'tac died of pulmonary failure, and was taken back to the S.G.C. for study. Its entire cellular structure was less than three weeks old, meaning the average soldier will not live past this amount of time. The creatures are not alive when they are first grown, but are given life after reaching their mature states by the Ancient healing device technology, a powerful device used by the Goa'uld millennia ago to develop the first sarcophagus.

Anubis used the first Kull warriors to single-handedly take out lesser Goa'uld, including Ramius and Tilgath, in order to absorb their armies into his own and consolidate his forces against his rivals. By the time the super-soldier's presence was known, at least three minor Goa'uld had suffered devastating attacks. Their armor can withstand the strongest piercing weapons. It is made up of a substance similar to Kevlar, and is vulnerable to a fine-tipped trinium dart.

The Kull warriors' planet of origin is Tartarus, where Anubis has been growing thousands of the creatures and implanting them with symbiotes taken from a Goa'uld queen. Though Carter, Teal'c, and Jacob destroyed the queen, it would likely not take the Goa'uld long to find a replacement and continue to build this army.

The warriors can remain conscious for up to 10 minutes after being deprived of oxygen. Aside from their short lifespan, they have one known weakness: an energy weapon developed by Earth and the Tok'ra, based on the same healing technology that animates the creatures. The weapon (based on a modified T.E.R.) is only partially effective, usually requiring at least two shots to bring down one of the super-soldiers.

Evolution, Part 1 - Teal'c and Bra'tac manage to return a dead super-solider to the S.G.C. SG-1 later successfully captures a living warrior and return it to the S.G.C. for interrogation.
Evolution, Part 2 - Carter, Teal'c and Jacob embark on a dangerous mission to Tartarus, where they discover that Anubis has a whole army of Kull warriors.
Death Knell - Super-soldiers invade the Alpha Site when Anubis learns the location of Earth's secret base, where the Tau'ri and Tok'ra have developed a weapon capable of killing the Kull warriors.
Lost City, Part 2 - Anubis unleashes his warriors on Earth, where SG-1 has discovered a lost Ancient base.
Avatar - The S.G.C. uses alien VR technology to create training scenarios, in which a Kull warrior breaches security and decimates the base.