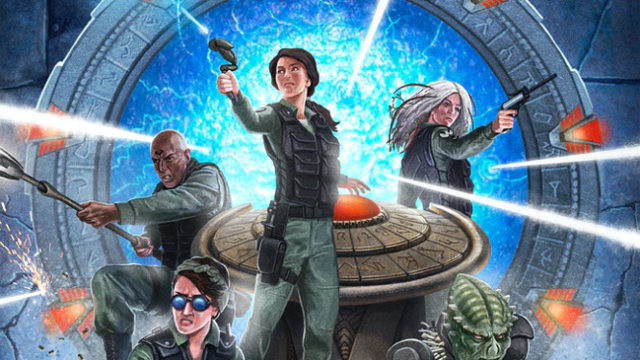 Stargate SG-1 is getting a new and long-awaited tabletop roleplaying game, and today publisher Wyvern Gaming launched its official Kickstarter for the project. Are Stargate fans excited? Well, the campaign reached its initial goal this morning in around 3 and a half hours.

The game (now officially called the Stargate SG-1 Roleplaying Game) made its public debut at Gen Con Online this summer. Following the Kickstarter campaign the game play and art will be finalized, and the hardcover core rulebook published in 2021.

“We are thrilled with the turn out of Stargate fandom for the project,” Wyvern CEO Brad Ellis told GateWorld. “However, this is just the beginning. We have a ton planned and we really need the continued support from Stargate and tabletop RPG fans alike. In order to unlock all of the Stretch Goals we have planned, we’ve got work to do. Fortunately, we still have a whole campaign ahead of us. We ask all fans, even if they have never played a tabletop RPG before, to come check it out. The book’s biggest chapter is adding some wonderful lore to the world that you will not want to miss!” 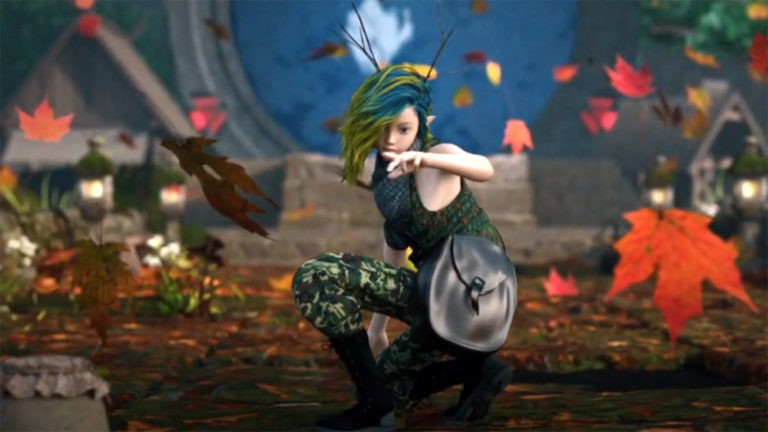 The various levels of pledged support include digital and physical copies of the game, a Kickstarter supporter acknowledgement in the printed edition, and a special leather-bound edition (limited to 2,500 copies). The digital game starts at the $10 backer level, and the physical book starts at the $50 level.

The digital edition of the SG-1 Roleplaying Game is estimated to be delivered in January of 2021, and the physical edition core rulebook in April. The full-color, hardbound volume will include more than 360 pages.

Set during Stargate SG-1‘s sixth season, the Stargate SG-1 Roleplaying Game is set on Earth’s Phoenix Site — where human soldiers and their alien allies have formed a rough and ready coalition to fight the Goa’uld. The living campaign will include numerous “episodes” in its first “season” of original storytelling, culminating with the finale at Gen Con in 2021.

The game is officially licensed by MGM, and utilizes the D&D 5th edition open gaming license. 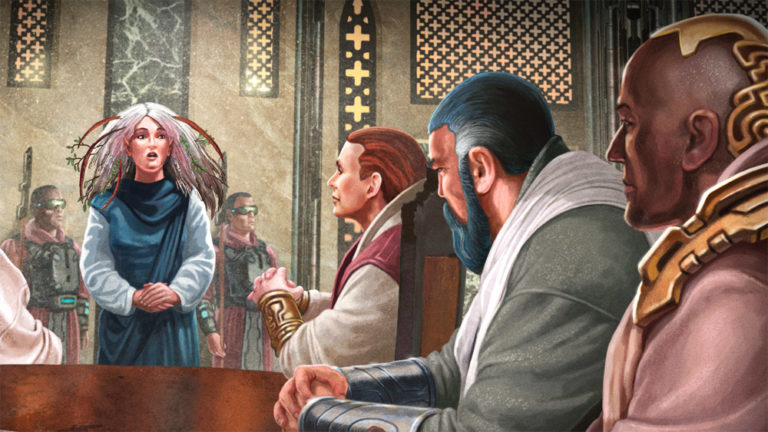 Day 1 of the 24-day Kickstarter also unlocked the first stretch goal: a physical patch with the Phoenix Site logo. Additional stretch goals would provide for various quality of life improvements and online functionality. The final stretch goal of $125,000 would trigger the production of a custom set of Stargate dice.

Head over to the Kickstarter now to support the game! The campaign will close on October 29. GateWorld’s new livestream show “Dial the Gate” will host a live playthrough of the game — featuring six favorite Stargate cast members — on Sunday, October 18 (2 pm PT).

I totally shared the kickstarter to my Gameschooling group who are always looking for new games and often back kickstarters for games that look like they’ll be good. :D