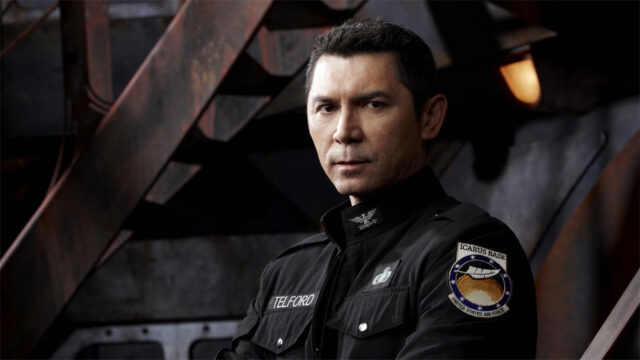 Veteran actor Lou Diamond Phillips is talking about Stargate Universe, and how the show ended just when it was getting going.

In a conversation with Looper the actor shared his fond memories of working on SGU, and lamented the series’ premature end. Phillips played Colonel David Telford in a recurring role on the show.

Stargate Universe premiered in 2009 on Syfy Channel, and while the show’s writers hoped to tell a 5-year story about Destiny and her crew the network cancelled the show during its second season. 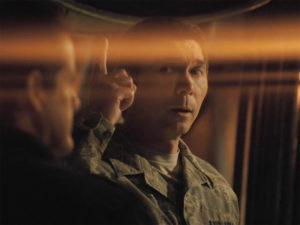 “They pulled the rug out from under us,” Phillips said. “They found out halfway through season 2 that it was not going to be renewed. They had a five-year plan, like most TV series do, and they had to cobble together as satisfying an ending as possible.”

Phillips also spoke to the backlash that SGU received from some viewers, including some long-time fans of the Stargate franchise who were not happy with the tonal change that the third series brought.

“What I find really ironic is that Stargate Universe tried to be different, it tried to be its own thing in the Stargate universe — even though we had crossover actors from SG-1 and Atlantis as well,” he said. “But because it was different, there was a little bit of backlash from the fans.”

“… It was, ‘Oh, this isn’t Stargate. This is something new. This is more like Battlestar Galactica.’ All the chat rooms were filled with that sort of thing until we got canceled. Then, everybody’s like, ‘No, no, no, don’t cancel it. We want to pick on it.’ In hindsight, people have learned to take SGU for what it was, and I think it gained a little more love in retrospect.” 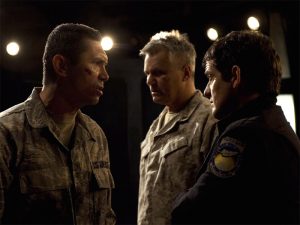 Phillips indicated that he would be open to returning to the role of Colonel Telford, should such an opportunity arise. Unlike most of the cast his character didn’t end up frozen in stasis at the end of the series, as Destiny crosses the vast emptiness between galaxies. Telford was back on Earth, and could have been the one to mount a rescue mission.

One of his final lines was: “Whatever happens, we’re not giving up on you.”

“In this day and age of reboots and multi-platforms and everything else, who knows what could come about?” the actor said. “Even the reunion world, one-offs and stuff like that, people are very, very hungry for. I never discount anything, to be quite honest.”

Head over to Looper for the full story.

Meanwhile Phillips has recently published his debut novel, the science fiction tale The Tinderbox: Soldier of Indira. And he continues to co-star on the FOX drama Prodigal Son, which returned last week for its second season and is currently airing Tuesdays. 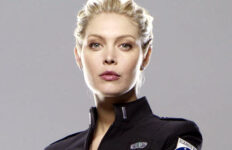 They did a poor job promoting this show. When it first came out, the commercials made it out to be some video game experts game comes to life and he gets to live it out. While that is how the show get started, it’s far from what the show is about. I didn’t watch this show until years after it was released and was pleasantly surprised. I love the fact that it is different, fresh, and its own show with its own story but still holds true what Stargate is and about. I would love to see them pick this… Read more »

I think that the tone of the show really improved in the 2nd year and I was disappointed that it was cancelled, but the first year was dreary and too slow for me. But perhaps, I was expecting SG1 or Atlantis.

I’ll never stop cheerleading for SGU. I think it was a great addition to the franchise and it’s a shame so many fans trashed it the way they did. What was the result? 10 years later and still waiting for something in the SG universe. I hope whatever Brad Wright has in mind he can give us a proper ending to the SGU story line at some point.

I love Stargate. All of the shows. Ive always preferred SG-1 more often than not, but i loved SGU. Im actually re-watching it now…almost done again with season 2…and i swear, i wish that they would have gone on sooooooo much longer than 2 seasons. Story is so much more captivating. Story arcs are awesome, character development is awesome, uncertainty if next episode, everything will fall apart…retrospectively, this is the best of the Stargate franchises to me…it hurts me to think that i only have 2 more episodes to go and im done with the series again…i dont want it… Read more »

Joel, I can’t agree more. I have an interesting perspective in that after I saw the original Stargate movie, the first series I watched was SGU when it aired. I loved the show when I saw it and was disappointed to see it get cancelled so early. I am only now slowly getting through SG-1 and Atlantis (currently on S8 and S1), which I do really like and I agree there is definitely a tonal difference between these and SGU. I like all three and appreciate the changes SGU brought.

SGI was better than the last few seasons of SG1 and SGA. The constant repetition of th same Wraith ARC in SGA was tedious and ridiculous additions didnt help. SGU should be brought back by Prime or Netflix

Yep – there were too many Wraith episodes.
Plus, too many episodes where they ruin their new Ancient tech / ships.
SG1 showed us the accumulation of wealth and new tech over the seasons.
SGA just sucked dry all power from ZPM’s it identified, destroyed the Ancient ships it located, and never discovered anything of benefit to the team, Earth or the Pegasus galaxy inhabitants. It’s only contribution was military force and mercy missions in Pegasus.

The first season, I fast forwarded some of the Earth flashback scenes, but overall liked the episodes. Second season, much improved in my opinion. Miss it, I have the same feeling about it as I do Firefly. Wish they’d visit it again. It could work, few years in stasis took longer. Just a mini series would be nice. Back then, what I remember most, is so many of the fans of the previous shows complaining about sgu. I missed SGA, and 1, but they had decent runs, better if they’d have continued with the movies. SGU was different, seemed more… Read more »

I really loved it! It brought a new sense of adventure and mystery.

“… It was, ‘Oh, this isn’t Stargate. This is something new. This is more like Battlestar Galactica.’ All the chat rooms were filled with that sort of thing until we got canceled. Then, everybody’s like, ‘No, no, no, don’t cancel it. We want to pick on it.’ ummm… No we didn’t. We wanted it gone. Here I’ll some it all up for you. This is what we call it. Battle Gate: Voyager, a Cheating Body Swapping Political Drama. Trying to sell that to an Action Adventure audience is where they all failed. Bring it back as an Action Adventure and leave… Read more »

We’re on episode 2 of SGU and boy, did the writers lose the plot bigtime or what? Hysterical millennials, over acting and thin plot line. As for the military element, good grief!

Apart from the original movie, it was the only good series.

The idea was good and i watched every episode but i stayed annoyed by the high school drama backstabbing between grown men and its dark overall theme. If and when they can bring back the franchise im hoping for something like sg1 or sga without all the gratuitous sex andcforced woke themes saturating every show we see now.

What group of men were backstabbing each other? Rush is just one person, no one else backstabbed folks. They disagreed which is what adults do. And adults under pressure in a life-or-death situation they never planned on, will fight and will be stressed out as hell. You don’t like gratuitous sex? Then how did you get passed episode 1 of SG1? As SG1 highlights, shows change and evolve over time. Unless they are SG Atlantis. What I am hearing is that you wanted a show that had a wonderful utopian status quo and after each episode that status quo remains.… Read more »

The music scores on SGU were amazing, but the tone at the beginning was terrible, with Season 1, Episode 7: Earth being the worst. I lost interest in the show from this episode and skipped a few weeks before deciding to watch again. I recall episode 7’s rating being poor, and many fans may have given up on the show all-together after this.
Forced conflict, tension, dread, mental turmoil, the Colonel’s issues with his wife on Earth …. seriously, why would we enjoy an episode with that tone?

I loved the Stargate movie and treasured the early seasons of SG1. My fandom for SGU surpasses both. I would argue with toxic fans who “hated the show”, having them switch sides when they actually watched it and understood it better.
I really wish the show could be finished or rebooted (although a reboot would have a hard act to follow with the great acting in the original