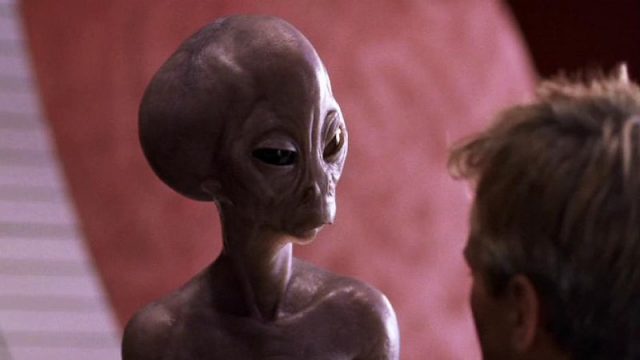 “You know that ‘meaning of life’ stuff? I think we’re going to be alright.”

Stargte SG-1 writer and executive producer Robert C. Cooper is responsible for much of the show’s rich mythology, from the ancient alliance of the four great races to the Ori and their quest for power. Among the many stories he wrote was “The Fifth Race,” often cited by fans as one of the best episodes from SG-1‘s 10-year run.

The episode first aired in January of 1999 as part of the show’s second season. After his face is hugged by an alien device, Jack O’Neill (series star Richard Dean Anderson) finds that the Ancients’ repository of knowledge has been copied into his head. He slowly loses the ability to communicate, but at the same time entered hundreds of new gate addresses into the base computer. 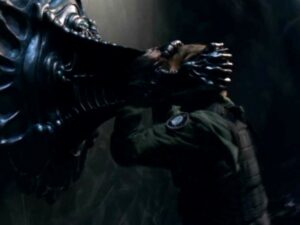 Cooper says he wanted to write a story that would help him connect with Richard Dean Anderson (“Jack O’Neill”).

In the end, Jack built a power unit that allowed him to dial the show’s first 8-chevron address, sending him to another galaxy. In a fateful encounter with the Asgard, Jack’s life is saved — and he forges an important new alliance.

“Tying it into the four races from ‘The Torment of Tantalus’ — that was just too much of a loose thread not to go back to,” Cooper said. And “I just wanted to get to know [Thor] and the Asgard better. I wanted to know what was going on with them, and how they could fit into the mythology going forward.”

In this clip from a longer conversation with “Dial the Gate” host David Read, Cooper talks about the episode’s exploration of human mortality, Jack O’Neill’s character, expanding the mythology of the four races – and how the episode gave Cooper a chance to connect with Richard Dean Anderson. Check out the 7-minute clip:

“Honestly the impetus was, from a personal perspective, [that] I didn’t have a great relationship with Rick before that,” Cooper said. “It wasn’t that we didn’t get along. He just saw me as a more junior writer. And I was moving up in the hierarchy of the show, and I had my designs on … wanting to be showrunner. So I felt I needed to overcome that. I needed to connect with him. And so I decided I needed to write an O’Neill-centric show and engage with him in conversation about what the character was going to do, and how it was going to go, and essentially take his notes.” 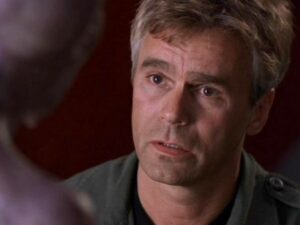 Anderson loved acting opposite the Asgard puppet, starting in “The Fifth Race.”

Don’t miss the full livestream with Robert Cooper on “Dial the Gate!” Cooper returns to the show later this month for another conversation, this time focusing on the creation of the 2004 spin-off series Stargate Atlantis.

The full schedule is at DialTheGate.com.

They need to put Stargate SG-1 on Netflix! Please!

Its ON Netflix and has been for a while.!