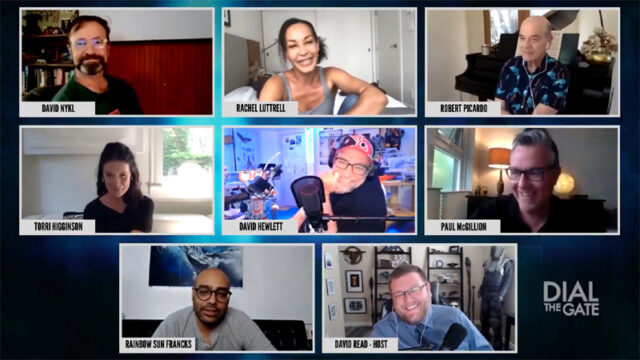 If you caught the Stargate Atlantis cast reunion panel at [email protected] last week — or GateWorld’s sneak preview — you haven’t seen the whole thing yet.

But the full conversation between the actors ran for twice that long, and the full and uncut panel is available now exclusively from “Dial the Gate.”

The cast reminisces about the early days of filming the series, their most memorable guest stars, the show’s impact on their careers, Season Six and what could have been, and much more. They also update us on what each one has been working on recently.

Watch the panel in full below! Then head over to Dial the Gate on YouTube to subscribe for more Stargate cast and crew interviews. The reunion marks the 100th episode of the show and the conclusion of its first season, which premiered last October.

“Dial the Gate” will return this fall with Season 2.

Loved the reunion! Congrats to Gateworld on the 100th episode of Dial the Gate!!! It’s too bad that Joe Flanigan and Jason Momoa couldn’t make it but It was great seeing the rest of the main cast none the less. Can’t wait for season 2 in the Fall!

Thanks for watching, Derek! Congratulations goes to David Read and the whole DTG team for putting together such a terrific first year of content. I am excited for Season 2, too!

I felt soo good after watching this! 💯💗