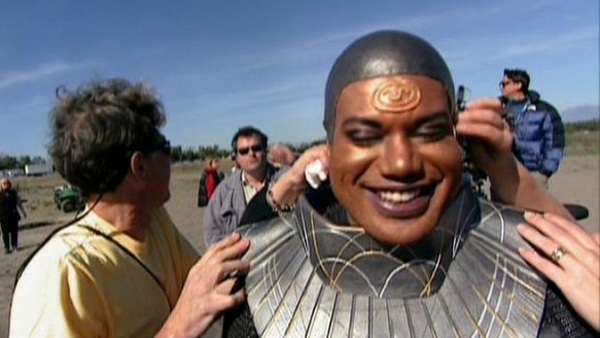 The story of Stargate’s production history is being told by the people who lived it, thanks to a new forthcoming book series written by Edward Gross and published by Eaglemoss.

The company (which already announced it is making Stargate ships under license from MGM) will publish Stargate SG-1: In Their Own Words under its Hero Collector label. Volume 1 of a planned two-volume series is now available for pre-order on Amazon, aiming for a release date of December 21, 2021.

The book is still in progress, with a target length listed on Amazon as about 200 pages. Volume 1 will sell as a full-color hardcover for $34.95 (USD) and cover the history of Stargate SG-1. Volume 2 will cover Stargate Atlantis and Stargate Universe.

“Delving into the production history of Stargate for me is something new, so a lot of it has been illuminating,” Gross told GateWorld. “Stuff about the early days, the Showtime deal, the humor that Richard Dean Anderson brought to the project, the gradual evolution of the cast into a cohesive unit.” 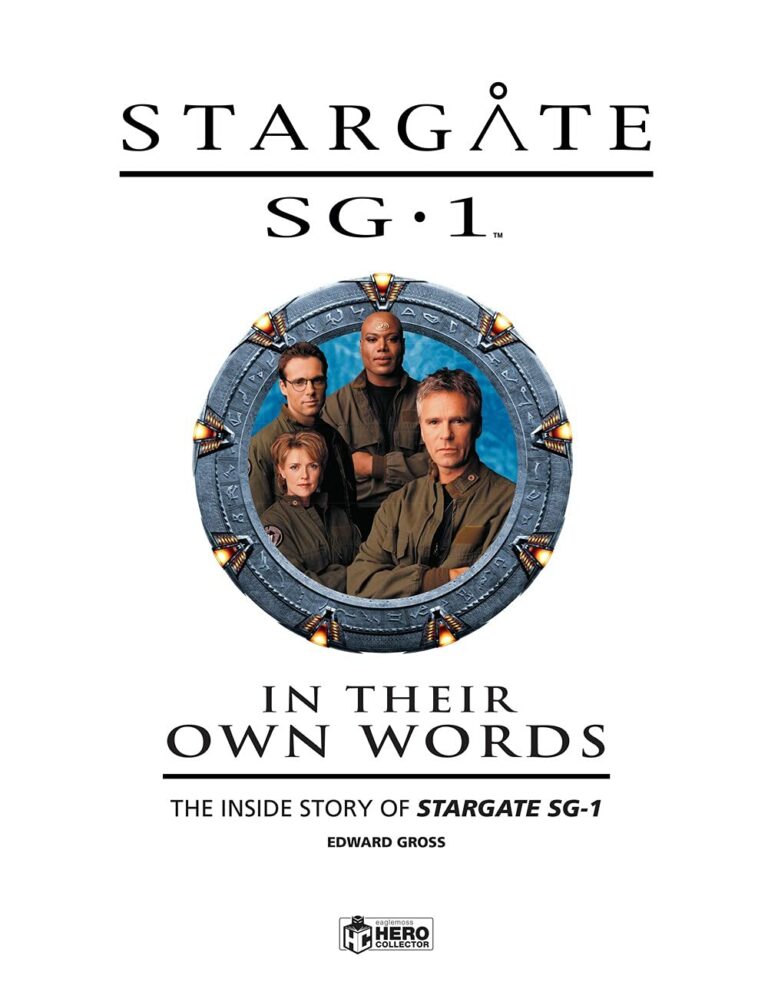 Gross is interviewing cast and crew from Stargate’s 14-year history of filming in Vancouver, British Columbia, as well as some fans (including yours truly). “We’re looking at people like Brad Wright, Jonathan Glassner, Rob Cooper, Peter DeLuise, Joseph Mallozzi, John Lenic, Paul Mullie, Martin Gero, Carl Binder, Mark Savela, and Richard Hudolin,” Gross said. “There are others, as well as cast members, that we’re hoping will be falling into place soon. The hope is to get as many voices into these books as possible.”

The initial listing on Amazon offers this description of the project:

Stargate SG-1: In Their Own Words Volume 1 delivers an insider’s point of view examining the show’s development, production, writing, visual effects, and more, with comments from all the key actors, producers, writers, and other behind-the-scenes talents who helped bring the series to life.

Edward Gross is an entertainment journalist and the author (with Mark A. Altman) of similar oral histories for Star Trek, Star Wars, Battlestar Galactica, and James Bond. His work has been published in genre magazines such as SciFi Now, CFQ, SFX, Cinescape, and Starlog.

While his previous oral histories were “unauthorized,” the Stargate series will be published under official license from MGM.

As a work in the genre of the traditional “oral history,” Stargate SG-1: In Their Own Words collects quotations from the principal players to narrate the history that it tells. The author introduces the topic of each new chapter, but then largely steps aside in favor of quotes from the crew and cast.

“If you go with the idea of the film Rashomon, you can have several people recount a specific event, but get either markedly or partially different reflections,” Gross said. “I view them as kind of oral scrapbooks, remembrances of people who were there, how it all came together, the casting (actually, there’s a strong emphasis on the cast and their roles), the evolution of the show both thematically and production-wise, and how it continues to live on.”

Pre-order Stargate SG-1: In Their Own Words Volume 1 now on Amazon. And keep it locked on GateWorld for a closer look at the book in the months ahead.

NEXT: Read our full conversation with author Edward Gross

GateWorld receives a percentage of sales through our Amazon affiliate links. Thank you for supporting independent fan journalism.

Aha… now here’s something I’m interested in. =D
Though I’m gonna hold of on pre-ordering from Amazon.com, hoping it’ll also become available a little closer to home, Amazon.nl or .de or .co.uk.

I’m definitely interested in this project, the oral history genre has been very popular in recent years…
The behind the scenes production content is always great but I’m hoping we get interviews with actual members of SG-1…

Nice I just pre-ordered this. Excited to get it when it comes out!

According to Amazon.co.uk its not due release until September 2023…. wow very long wait considering it already has a picture of front cover and they seem actively in development mode on the book. And this is just volume one. I’m guessing at this rate volume two will arrive in about 2025 or 2026. Damn it.