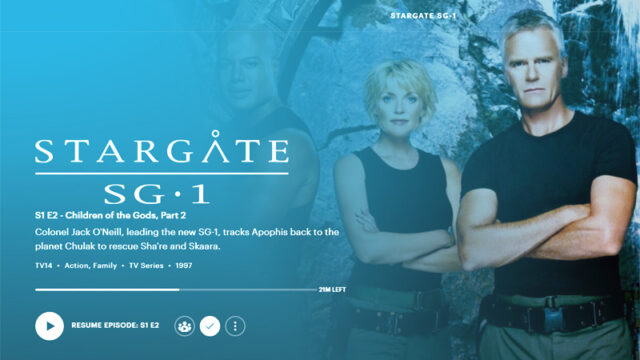 UPDATE (10/19/21): The yo-yo continues, as all three Stargate series are once again listed for removal from Hulu at the end of October 2021. The original story from September follows.

Stargate viewers on Hulu just received an eleventh-hour reprieve: Stargate SG-1, Stargate Atlantis, and Stargate Universe apparently will be sticking around on the streaming service.

Hulu has been displaying a warning that the shows would be leaving the service at the end of September. This is a fairly common occurrence for streamers, where rights to a given show come and go from month to month. The September 30 expiration indicated that Hulu’s licensing agreement with MGM was drawing to its end and had not been extended — panicking some viewers who are mid-watch.

Well, as of September 28 the license appears to have gotten a last-minute extension. SG-1, Atlantis, and SGU are no longer listed for removal.

While that’s great news for those who are currently watching (or rewatching) the series, it’s worth noting that it is very likely temporary. As we noted in our previous report, Amazon’s acquisition of Stargate owner Metro-Goldwyn-Mayer will likely mean that the franchise is destined to become a Prime Video exclusive. Amazon is buying MGM for $8.45 billion chiefly to make use of its catalog of film and television to bolster Amazon’s own streaming service, and to create new content based on MGM-owned IP. 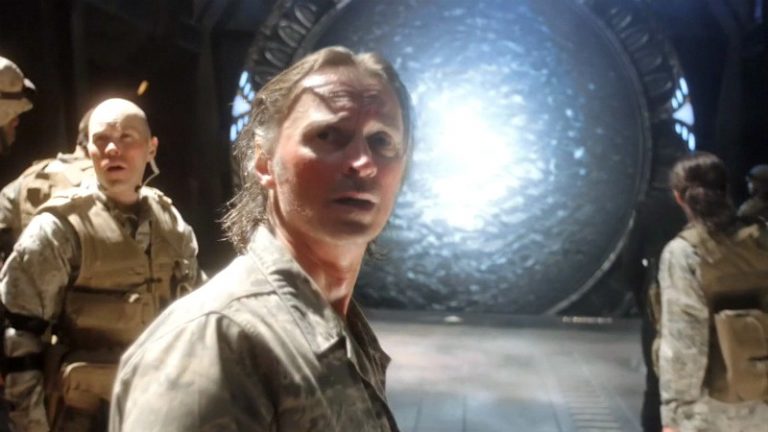 The Amazon deal is not expected to close until sometime early next year, however. While MGM could let its current streaming licenses lapse in the meantime, it would only be losing money in the short term by doing so.

We fully expect that eventually the Stargate TV series will become an Amazon Prime Video exclusive. This could happen as early as next year, although after the studio’s sale is complete any existing licensing deals would still need time to play out.

Hulu has been the only place in the United States where viewers could stream Stargate Atlantis and Stargate Universe, since the shows left Amazon Prime last spring. Stargate SG-1 also remains available on Netflix.

Keep track of where the shows and movies are streaming on GateWorld’s continuously updated Where to Watch page!

Great news, but man.. still waiting on a new series announcement. I know there’s a lot of processes it needs to go through, but its been two years since Brad Wright’s announcement about writing a new SG show. Waiting sucks and it just feels like it’s never going to happen.

Writing a new show and getting a green light to shoot a new show in a franchise that hasn’t been profitable in going on close to a decade and a half now are two different things.

Just noticed the notice went away and was wondering why. Thanks for the update!

I’ve been a fan since the very first episode. Hulu is not available for my country… I’ve been waiting for this for so long…

Not on Comet anymore. Looks like last episode was yesterday

Yup, like I said in the earlier Hulu post’s comment section, Comet has removed SG-1 from its schedule rotation but apparently they do this sporadically, cycle shows on and off the schedule. It will probably be back at some point or at least we can hope it will. Watching on Comet is a major pain in the rear anyway though it’s better than nothing.

On Comet in the past, if SG-1 ends, Atlantis starts playing. This could be the first time since its inception, no Stargate series on the lineup.

I doubt whether we’ll see a new stargate show sooner that 2-3 years from now. That said I’m of the mind that most of us might not even like the result when it arrives. If Amazon wholly owns the franchise I expect something more like their recent take on Cinderella rather than the Expanse.
I wish I could be more optimistic…but hopefully I’m wrong.

I am big fan of stargate as well.