Browse: Home / 2022 / January / Two of Stargate’s Creators Are Bringing The Ark To Syfy 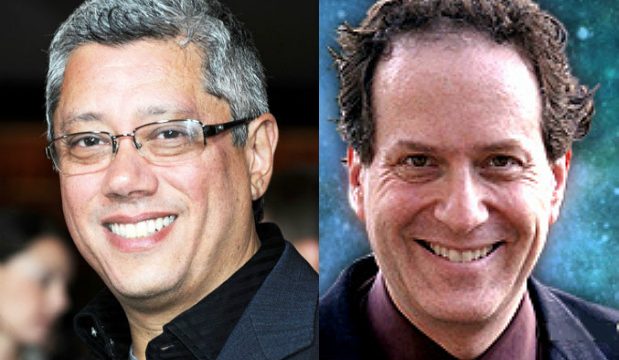 Hot off their success with the fantasy adventure series The Outpost, Stargate’s Dean Devlin and Jonathan Glassner have won a series order for a new science fiction show called The Ark.

The series will premiere on Syfy Channel in the U.S. (and presumably elsewhere around the world), with a 12-episode first season. Production begins in March at PFI Studios in Belgrade, Serbia. Casting begins soon.

Here’s the official synopsis for The Ark:

The series takes place 100 years in the future when planetary colonization missions have begun as a necessity to help secure the survival of the human race. The first of these missions on a spacecraft known as Ark One encounters a catastrophic event causing massive destruction and loss of life. With more than a year left to go before reaching their target planet, a lack of life-sustaining supplies and loss of leadership, the remaining crew must become the best versions of themselves to stay on course and survive.

Glassner will serve as co-showrunner and executive producer, alongside Devlin and his Electric Entertainment production company.

“I’m so excited to have the opportunity to partner with SYFY again and can’t think of a better collaborator than Jonathan Glassner to bring this series to life,” Devlin said. 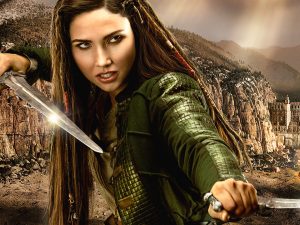 The Outpost (The CW)

Devlin and Glassner worked together as creators and executive producers on The Outpost, which also filmed in Serbia, and which ran for four seasons on The CW (2018-2021).

It’s perhaps an unlikely pairing of production partners, given Stargate’s history in moving from cinemas to television in the 1990s. Devlin produced and co-wrote the original Stargate feature film with director Roland Emmerich. And after MGM picked up the rights to the film the studio turned down Devlin and Emmerich’s desire to make sequels.

Instead they handed the reins to Brad Wright and Jonathan Glassner to adopt the property for television, and Stargate SG-1 was born.

The Ark is a shift back toward space-based science fiction for the U.S. cable network, which hasn’t spent much time there since Syfy Channel ended Dark Matter in 2017, The Expanse in 2018 (though that show went on to three more successful seasons on Amazon), and Killjoys in 2019.

Today the channel’s original scripted drama includes Resident Alien and the horror spin-offs Day of the Dead and Chucky.

So excited to start work on this!!! ‘The Ark’ Sci-Fi Drama From Dean Devlin Gets Series Order At Syfy – Deadline https://t.co/SlpsFCW1Iz 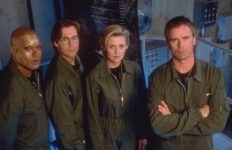 I’m sure SyFy will kill it prematurely, just like that ineptly run network does for all of its shows.

the Ark is not original, in the 1970’s… there was a tv show, short lived, which an ARK had a group of people who were awoken to find they had lost comms with all of the modules and the navigation was out, and no one knew where it was going…

I liked it,, of course the special effects were non -existant.. but the premise was very good

I hope the acting in The Ark is better than in The Outpost. The idea was decent but the acting was dire. I never got past the first series, so I’m not sure if it improved any. It was the same with Siren. It appears the worse the acting, the better chance of it getting more than one season.

“From the Producers that brought you ‘The Outpost'” does not sound like a ringing endorsement.