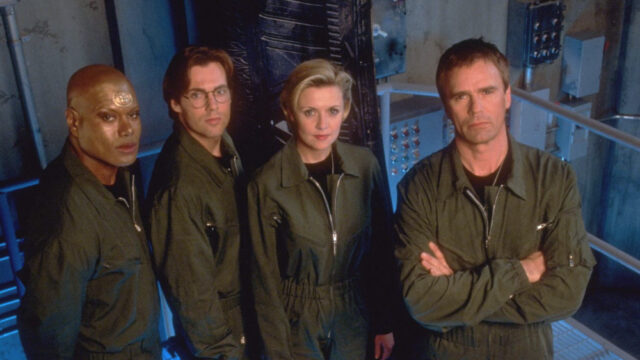 Stargate SG-1 was set up for success when Showtime picked up the new science fiction adventure series from producer MGM in 1997. It was an established name following the box office success of the 1994 feature film, and executive producers Brad Wright and Jonathan Glassner had a proven track record in The Outer Limits — which they were also producing for MGM and Showtime out of The Bridge Studios, which was to be SG-1‘s production home in Vancouver for 11 years.

Showtime was looking to continue its foray into original scripted programming, and gave the show a 2-season commitment before filming even started.

But any television show lives or dies by two things: the writing, and the cast of actors who bring the words on the page to life each week. 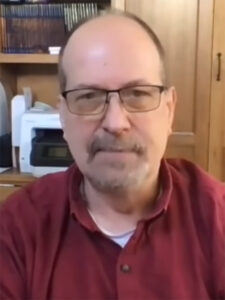 In a brand new interview with “Dial the Gate,” Stargate SG-1 co-creator Jonathan Glassner talks at length about that early casting process and how the magical formula of this cast came together: Richard Dean Anderson, Amanda Tapping, Michael Shanks, and Christopher Judge (along with the great Don S. Davis).

The idea to recruit Anderson to play Jack O’Neill came from John Symes, President of MGM Worldwide Television, who was friends with the actor after working with him on MacGyver through Symes role at Paramount in the 1980s.

“Rick’s main thing was, he said, the way Jack was in the movie was he was basically suicidal. And he was this dour, sad guy — and I don’t want to play that for umpteen episodes. This guy’s got to have a sense of humor.”

“He was great. I don’t mean just as an actor, but as a person. He was just fun to work with.”

Watch the clip above for the rest of the story in an exclusive early preview of this special conversation with Jonathan Glassner. He also talks about the unique challenges of casting Samantha Carter; how Michael Shanks won the role of Daniel (it wasn’t just his James Spader impression); and the moment when the producers realized they had finally found Teal’c.

In Saturday’s interview Glassner will also talk about his recent work on The CW fantasy series The Outpost, and the just-announced science fiction drama The Ark. He created and serves as executive producer on both shows alongside Stargate’s original feature film writer and producer, Dean Devlin.

I am so excited to announce that Stargate SG-1 Executive Producer and Co-Creator @JonGlassner joined me for a pre-recorded interview to air on @dial_the_gate this Sat 2/19 at Noon PT! GREAT discussion including SG-1, The Ark and The Outpost!https://t.co/3IKi4Hfkx0