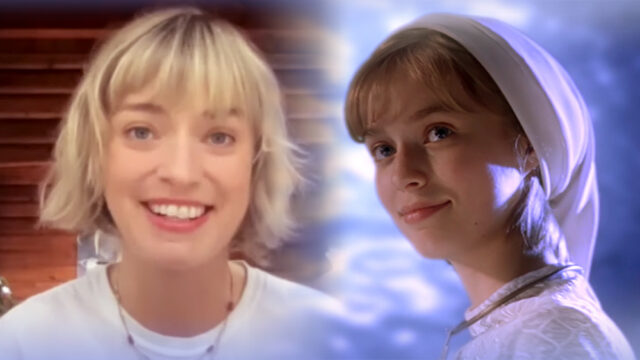 Actress Britt Irvin has been acting since she was a kid, and her place in the history of Stargate is one of SG-1 Season Three’s most memorable episodes. In “Learning Curve” young Merrin was a child from the planet Orban, a civilization that implants millions of nanites in the brains of the Uronne to help their society learn and advance – but leaving the kids in an infantile state after their nanites are harvested.

When Merrin visits Earth and meets Sam Carter and Jack O’Neill, she learns what it means to be a kid … and not just a “rocket scientist.”

She was only 14 when she filmed the episode, and today at age 37 Irvin is a mom and hardworking actress. She has appeared on Smallville (as Stargirl), Chesapeake Shores, Altered Carbon, and The 100, and recently played Sarah Lafferty in the miniseries Under the Banner of Heaven.

Irvin recently sat down with “Dial the Gate” to talk about her memories of her time on Stargate SG-1. Watch the clip:

“All of Merrin’s lines are like all of this scientific, sci-fi jargon,” Irvin recalls, “and I didn’t know what anything was! I was like, ‘Whoa, this is hard!’ I remember [thinking] I have my work cut out for me before this audition. In some auditions you can memorize things quickly because it’s more conversational. But this wasn’t like that at all. 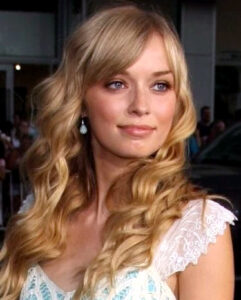 She also talks about figuring out who Merrin is, making her different than a normal human kid, and what Richard Dean Anderson did to keep her laughing on set.

“As a kid my mom knew who he was,” she said of her leading co-star. “… He was just the nicest person. He was so giving with me, and so patient with me. … Most of my memories are of him and how sweet he was.”

For more from the full conversation with Britt Irvin head over to “Dial the Gate” on YouTube! While you are there, also consider subscribing to GateWorld’s YouTube channel for new videos every week.

She was Great for the show I wish they would have had more with her.
On SG-1