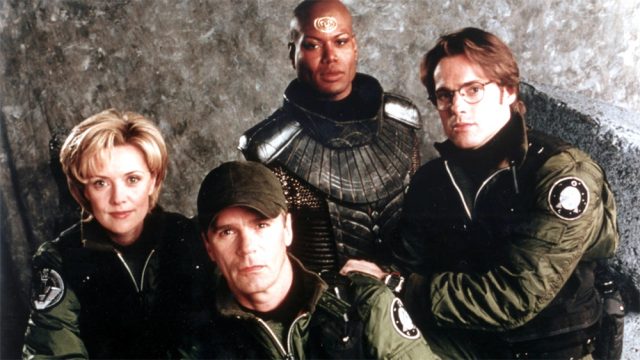 This month Stargate SG-1 makes its triumphant return to cable television, with the classic sci-fi action-adventure series set to premiere on Comet in the coming days.

The linear cable channel will kick off the show with a 12-hour marathon starting Sunday, January 15 at 3 p.m. Eastern and Pacific time.

Stargate SG-1 will then air weeknights at 5 p.m. Eastern and Pacific (4 p.m. Central) starting January 16. Initially, at least, fans will get to enjoy a 3-hour block from 5 to 8 p.m. E/P every Monday through Friday.

From the partial schedule that Comet has published so far, it appears that the Sunday marathon will run through “Bloodlines” — 12 episodes in total — and that the show will likely then start over with the first episode, “Children of the Gods,” on Monday. 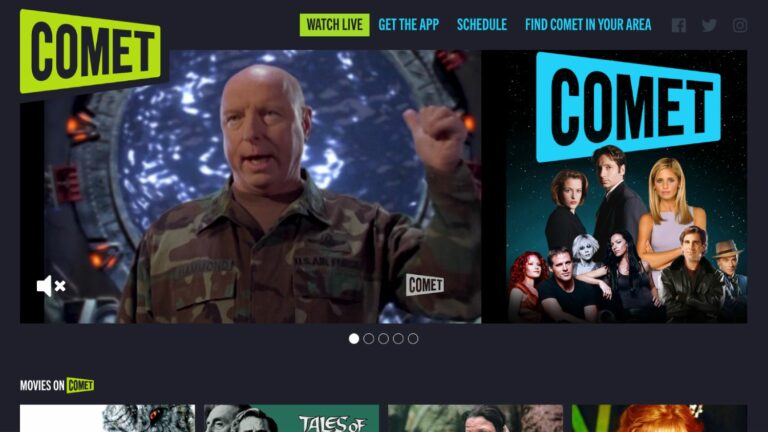 A pace of three episodes per day will take Comet about a week and a half to cover each season, and about 14 weeks to make it through all ten seasons of Stargate SG-1.

Comet is home to other sci-fi and fantasy classics like Buffy the Vampire Slayer, Farscape, Quantum Leap, The X-Files, and The Outer Limits.

SG-1 has aired on Comet in the past, as has its spin-off Stargate Atlantis. This is not expected to affect any existing streaming deals with the likes of Amazon Prime Video or Pluto TV, which offer on-demand services (in addition to Pluto’s dedicated linear Stargate channel, which debuted last April).

Comet is a digital cable channel available from most major U.S. carriers, including Comcast Xfinity (channel 328), Dish (channel 289), Verizon Fios, and others. It is also available via Roku, Apple TV, YouTube TV, Sling TV, Fubo, Amazon Fire TV and Android devices (via the Stirr app) and in certain markets as an over-the-air broadcast channel. Check your local availability at Comet’s Web site.

Will you be watching Stargate SG-1 on Comet?

What the heck is going to happen to Farscape? I’m more than glad to watch Stargate SG-1, but I’ve come to enjoy my daily dose of sci-fi “Farscape Style”. I’d like to see Farscape take an hour of Buffy the Vampire Slayer, take 1 episode of Quantum Leap & replace it w/another episode of “The X-Files”. One could take “Buffy”, & replace Quantum Leap all together after the airing episodes of the X-Files. I just think my beloved Farscape should remain on air & not kicked to the curb like many lesser television shows.

From my bit of hunting and pecking through the schedule published on Comet’s Web site, it looks like Farscape is going to move to the wee morning hours, around 1am / 2am. Set your DVR!

It’s on demand on pluto, which is free app for most tv.