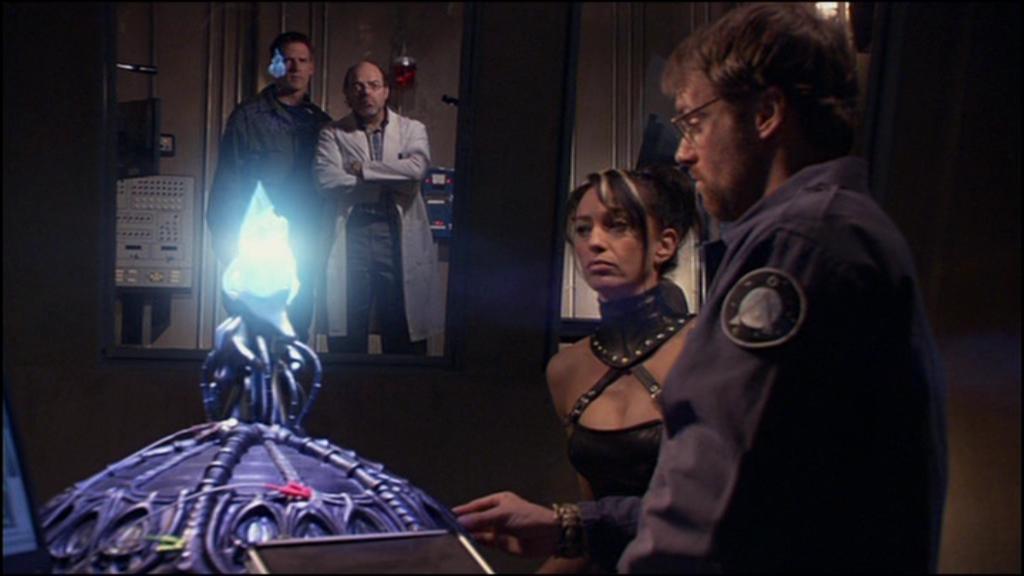 Device of Ancient design, Allowing the exchange of minds into other bodies when used in conjunction with communication stones. The device draws its power directly from subspace. It also uses the same channel to allow communication over astonishing distances. Users may communicate through other individuals galaxies upon galaxies away.

The only known way to defeat the connection of the communication device is to completely disintegrate it. Transporting it to another world does not cease the connection, as it does not need to be in proximity to any set of host bodies.

The device can link at least twelve individuals simultaneously, but there is no minimum requirement. Placing the stone into a slot at the base of the unit initiates the device. A blue crystal at the top lights when it is active.

Earth has since reverse-engineered its own communication pad to make use of the Ancient stones, which are used to keep in touch with the human crew of the Destiny as it travels through distant galaxies.