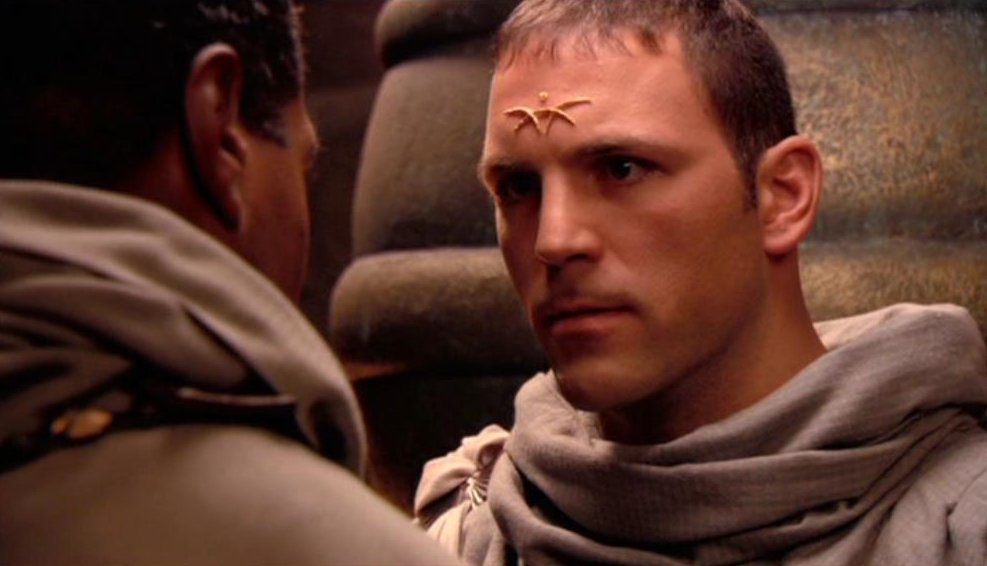 First Prime of the Goa'uld Moloc, likely the head of the Imperial guard. Cha'ra aided in his god's torture of Ishta, and watched over her while Moloc and his forces returned to the Stargate. While holding a knife to Ishta's throat, Teal'c arrived and informed him that the explosions nearby were sounds heralding Moloc's death.

Cha'ra believed Ishta was weak enough that a single zat'ni'katel discharge would kill her, but he did not realize that she had managed to obtain and use her tretonin. Teal'c zatted both of them without fear.

His god dead, Cha'ra persuasion was not difficult. He soon joined forces with the Jaffa resistance and became a key political figure in their government. Teal'c, once a powerful enemy, was now a brother.

Cha'ra was later instrumental in using his ship to discover the second Ori Supergate. His troops would call upon humans, Tok'ra, Asgard, and the Lucian Alliance to bring all powers to bare against the Ori. Cha'ra was one of the few who escaped alive after a terrible loss against the Ori fleet.

Sacrifices - Cha'ra travels with his god to the new Hak'tyl homeworld, not realizing he will soon be the only remaining Jaffa of the Imperial Guard standing.
The Fourth Horseman, Part 2 - Cha'ra does not believe working against Gerak, who is now a Prior, to be wise. But he acknowledges that he did not believe the Goa'uld would ever be defeated, and pledges to help.
Camelot - Cha'ra's ship discovers the second Ori supergate, giving all powers enough time to rally their defenses before the arrival of Ori ships.
Bounty - Cha'ra pleas with Teal'c to accept a seat on the Jaffa high council, but they are interrupted by an unseen assailant who wishes to collect Teal'c for a fee.