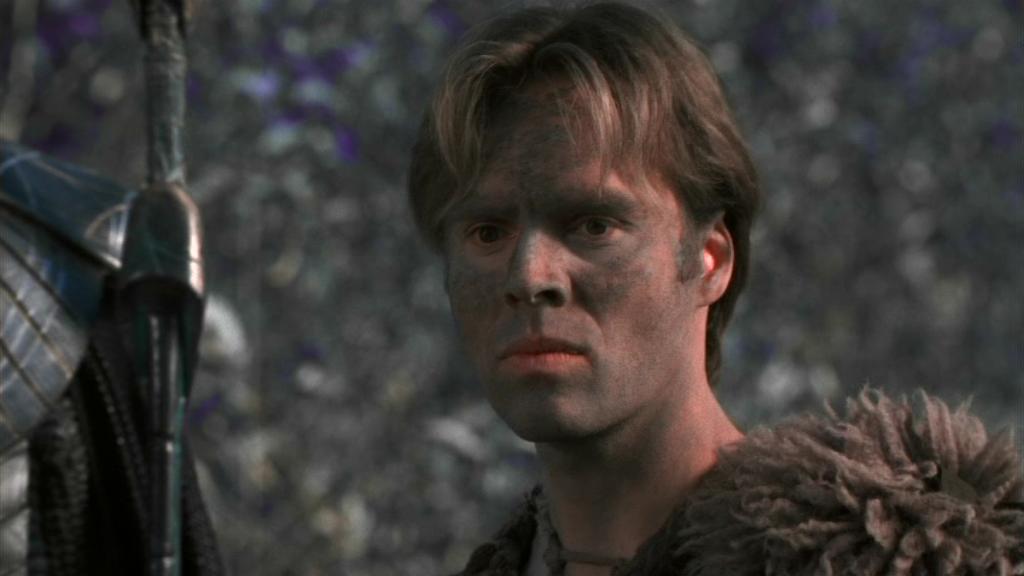 Resident of the planet Juna and leader of Juna's primitive defense movement. He has a wife, Hira. Darian often donned fatigues and face paint. With a crossbow in hand he would go out and defend the village of his people. He was originally present when the "real" SG-1 made their first appearance on the world following Heru'ur's destruction. SG-1 told the people their god was destroyed. Darian had been one of the many who believed them.

Following SG-1's departure, Darian was among the men who buried their Stargate. Unfortunately, the Goa'uld Cronus arrived via Ha'tak and ordered the gate unburied, forcing Juna to bow to him as their new god.

Darian felt bitter and betrayed by SG-1, and was eager to capture the team when, unbeknownst to him, their duplicates arrived on the scene. He was ordered by Cronus to take a staff weapon and kill the android Daniel Jackson, which he reluctantly did, decapitating the machine.

When the original team returned, Darian was convinced to fight against Cronus, and was only strengthened by the site of the Goa'uld's dead body lying before him after the android Teal'c defeated the lord.

Double Jeopardy - Darian is shocked by the apparent return of SG-1, and wastes no time in aiding Cronus' forces in hunting them down.