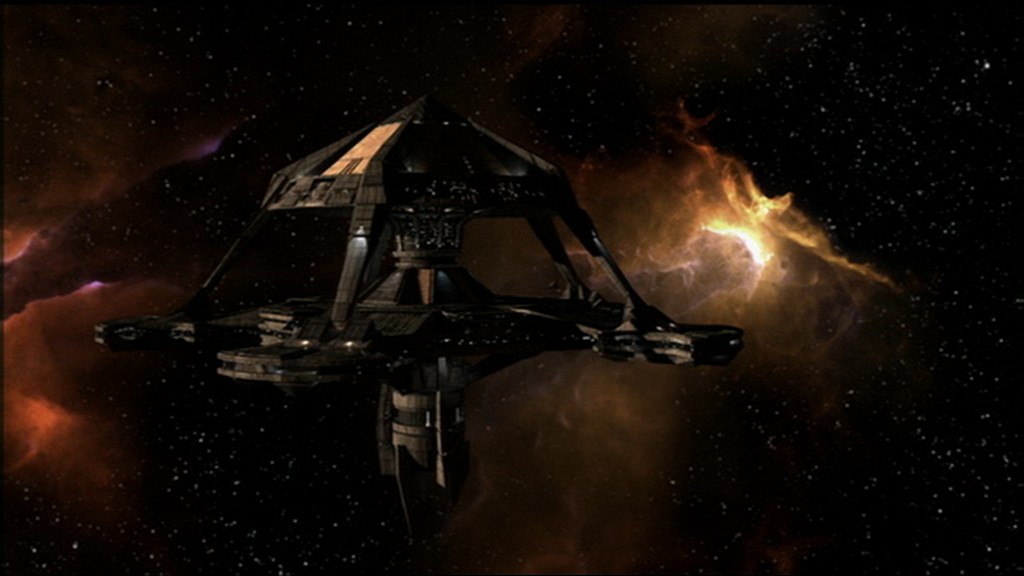 A gargantuan Goa'uld space platform capable of supporting a substantially large base of troops, as well as multiple docking areas for various ships. The station is built upon a system of pylons integrated by several support structures that run diagonally against the frame of the station.

Data regarding the purpose of this type of space station is sketchy. One located in the Hasara system served as the location of a massive meeting of the most powerful Goa'uld System Lords during a time they were most vulnerable and in need of shoring up their allegiance against a mutual enemy. Because of its location the Hasara station can serve as neutral ground for the System Lord summits.

Summit - The System Lords convene at a Goa'uld space station in the Hasara system to discuss the most recent attacks against their territories.
Last Stand - The System Lords, still convening at the space station, vote to allow Anubis to return to the status of System Lord.
Reckoning, Part 1 - Upon her arrival in the Milky Way Replicator Carter visits the Goa'uld station, killing Yu the Great and the other Goa'uld there.