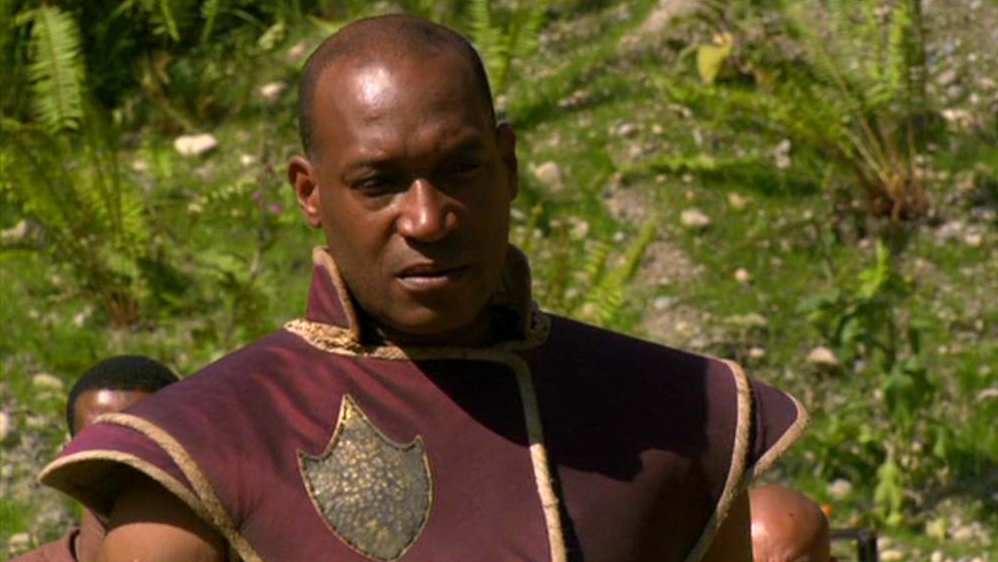 Respected Jaffa leader of the Sodan people on P9G-844, now believed to be the only survivor of his people. Haikon is a highly spiritual man who has led the people in the ways of the Sodan for more than one hundred years. For most or all of his life he has spent much of his time in worship of the Ancients.

When an Ori Prior made himself known to the Sodan people Lord Haikon's interest was piqued. Though he realized the Ori were not the Ancients, he believed that they were the next best thing, and instructed the Sodan people to switch their spiritual following from the Ancients to the Ori instead. In response, the Prior blessed Haikon and the entire village.

After the Sodan cooperated with SG-1's efforts against the Ori, a Prior brought about a great calamity. The Sodan Volnek was turned into a vicious killing machine, slaughtering his entire village. Only Haikon was left barely alive, with his symbiote dead when Teal'c and SG-12 found him. It is believed that Haikon survived the ordeal, with help from the drug tretonin.

Haikon prefers long periods of meditation. He is skilled with a stringed instrument.

Babylon - While continuing to have dealings with an Ori Prior, Haikon captures Colonel Mitchell, ordering Jolan to train him to fight to the death.
The Fourth Horseman, Part 2 - Haikon welcomes the Prior Damaris back to his camp, only to allow SG-1 to spring their trap in capturing him.
Arthur's Mantle - The Sodan are wiped out and Haikon critically wounded when a Prior turns Volnek into a homicidal creature.