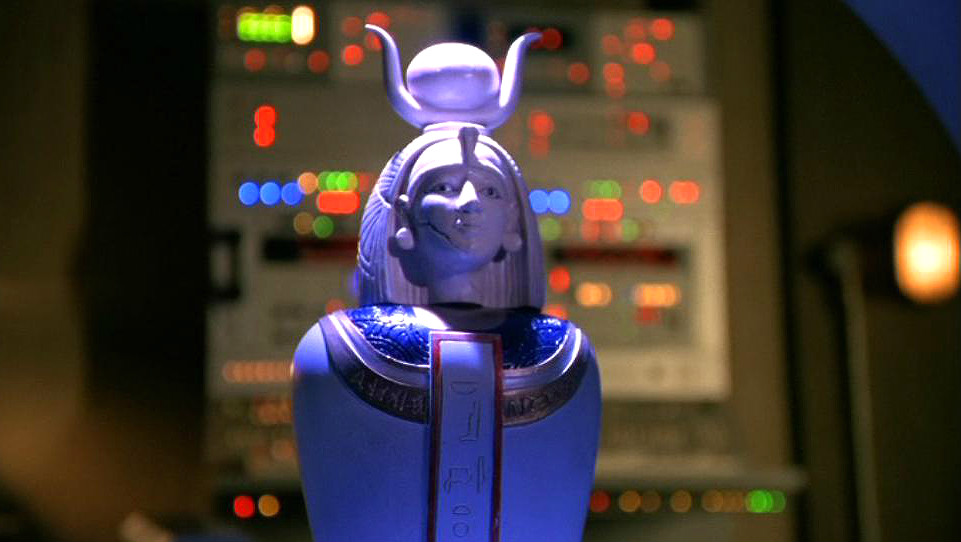 Canopic stasis jar which confined the Goa'uld symbiote Isis for many thousands of years.

The Isis Jar was retrieved from Egypt and brought on board a ship following the Stuart Expedition, to be transported back to the United States. An accident downed the vessel, where the jar resided in a crate beneath the ocean for more than seventy years. It is believed this is when the jar's ceramic casing was damaged, killing the Goa'uld symbiote within.

The jar, along with the rest of the artifacts, were retrieved in the late 1990s and taken to Chicago into the care of Dr. David Jordan and his associates Sarah Gardner and Steven Rayner, to later be returned to the Egyptian government. The artifact was stolen to the S.G.C. for further analysis.

The Curse - Dr. Fraiser and Carter open the jar and discover a perfectly preserved but dead symbiote within, later learning it to be Isis.