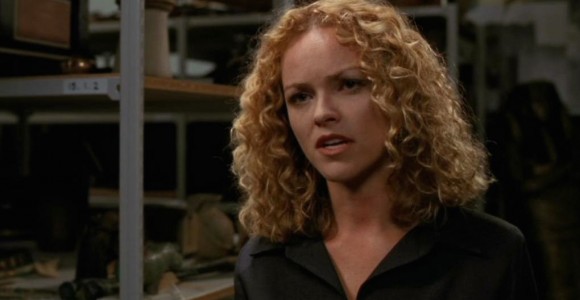 When his former mentor dies, Dr. Jackson returns to his roots – and discovers an ancient Egyptian artifact containing a Goa'uld parasite.

It has been five years since Daniel Jackson saw his friends and his former archaeology professor, Dr. David Jordan. He had distanced himself from the doctor to protect him, because the theories Daniel was presenting to the archaeological community made him an outcast and a laughing-stock: theories that ancient Egyptian civilization had its roots in extra-terrestrials.

But now, Daniel discovers, his mentor is dead. Dr. Jordan was killed in a lab explosion while analyzing the Osiris Jar, an artifact recently recovered from a "cursed" 1931 expedition to Egypt. Jackson travels to Chicago to attend the funeral and see his friends and former colleagues again.

The rest of SG-1 is given leave as well. Major Samantha Carter stays at the S.G.C. to work on personal projects, while Jack O'Neill drags a reluctant Teal'c off to go fishing with him in Minnesota.

In Chicago, Daniel meets Steven Raynor (Dr. Jordan's assistant for nearly 15 years), and Sarah Gardner – Daniel's former girlfriend. Sarah is pleased to see him, and greets him warmly. But Steven is among those who has ridiculed Daniel for his unorthodox theories, and is angry with him for abandoning Dr. Jordan five years ago.

Jackson decides to stay in Chicago for a time, and help his friends catalog the other artifacts from the expedition, in order to wrap up Dr. Jordan's final project. He and Sarah catch up, but soon discover that one of the artifacts – an amulet in the image of the Egyptian god Osiris, laden with gold – is missing.

Daniel tries to help her track down the missing artifact. In speaking with the museum curator, he learns that the Osiris Jar studied by Dr. Jordan was not the only one of its kind. A second, the Isis Jar, had recently been found in a mislabeled crate. The object, Jackson quickly sees, has Goa'uld symbols on it.

He contacts Teal'c (who took a cell phone to Minnesota, against Jack's wishes), who helps him with the translation: "Banished to oblivion" is inscribed on the Isis Jar. Daniel takes the artifact back to Cheyenne Mountain, where Major Carter and Dr. Janet Fraiser examine it more closely.

A scan reveals the jar's contents: it is a Goa'uld symbiote, trapped in the vessel for thousands of years. The jar is more than it appears. Although ordinary ceramic on the outside, the inside is specially-lined and equipped with a tiny naquadah power source. It is a stasis jar, designed to keep the Goa'uld inside alive indefinitely. But because the seal has been damaged, the Goa'uld inside – Isis herself, presumably – is quite dead.

Daniel recounts the Egyptian myth: Osiris was the first pharaoh of Egypt, and Isis was his queen. Osiris' brother, Seth, trapped him in a magic box and dumped him into the Nile River. The fate of Isis was the same, apparently, though she did not survive her long slumber.

But Osiris has survived. Somewhere out there, they realize, is the Osiris Jar that Dr. Jordan was studying. If it was opened, someone back in Chicago could be a Goa'uld.

Jackson returns, with reason to believe that the new Goa'uld host may be Steven. Sarah wants to help him, but Daniel cannot tell her what she wants to know. She pleads with him to learn what he has been doing for the past five years, and what is this great mystery about the truth of ancient Egypt. Struggling against his desire to tell her everything, Daniel refuses.

Steven has gone on the lam and is tracked to Cairo, Egypt. Daniel sets out to confront him – along with Major Carter and Dr. Fraiser. Daniel theorizes that, for some reason, Osiris may be returning to the temple where the stasis jars were originally found.

Armed with tranquilizer darts, they find him there. But he is not a Goa'uld, and has been badly hurt. Steven tells them that he learned Daniel's wild theories were right all along: the amulet was tested and learned to be some 10,000 years old, predating Egyptian civilization. (It is the proof Jackson has been looking for.) Steven realized that the amulet was a key to something, and wished to make the discovery himself.

Suddenly, Steven's assailant steps out of the shadows. It is the Goa'uld Osiris, who has taken the body of Sarah as his new host. Armed with a Goa'uld hand device, he sends Carter and Fraiser hurtling backward into the stone wall. Osiris then turns her hand to attack Daniel.

He refuses to tell the Goa'uld the location of the Stargate, or the Isis Jar. He also tells Osiris that the people of Earth no longer worship false gods, and that he will not be welcomed here. Furthermore, he and his companions are Goa'uld-slayers, having killed Ra, Seth, Hathor and Sokar.

Osiris moves to force the information from him with the hand device. But Daniel resists, and plunges a tranquilizer dart into her side. Osiris reels backward, and moves toward a console. She activates a Goa'uld ship long buried in the sands near the temple and, promising to return one day and to make the rivers of Earth "run red with blood," Osiris uses transport rings to escape up to the ship and flee into space.