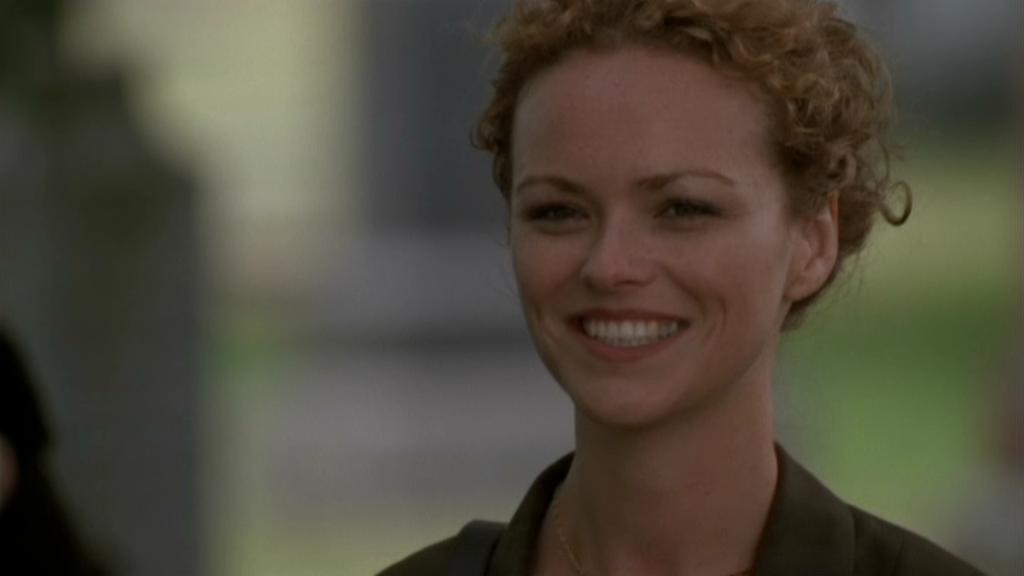 Research assistant of the noted archaeologist Dr. David Jordan, Sarah Gardner was once romantically involved with Dr. Daniel Jackson. The two lost touch after Daniel had disappeared -- living a year on the planet Abydos before joining the secret Stargate program in Colorado. Sarah remained with Jordan alongside Dr. Steven Rayner.

Sarah, overcome with curiosity regarding an aged canopic jar from a sunken cargo ship (and anxious to make a name for herself in the archaeology community), was unable to identify the external markings and decided to open it -- only to release a Goa'uld symbiote that had been trapped in stasis within for thousands of years.

The symbiote Osiris, trapped by Seth long ago and now filled with rage, possessed her body. Sarah became a host, and was enslaved within her own body. Jackson caught up with the possessed Gardner following the funeral of Dr. Jordan, whom Osiris had murdered. Osiris pretended to be Gardner, attempting to learn information vital to the current whereabouts of the Stargate and the government's knowledge of the Goa'uld power structure.

Freed from Osiris' control, Sarah must cope with her hellish past. From "Chimera"

After Sarah opened the jar her mind was trapped in the nightmarish hell of a suppressed host. She witnessed Osiris using her body to attack and murder those whom she held dear. For three years she remained suppressed, while Osiris preyed on Sarah's past relationship with Daniel to manipulate him. For two of those years, Osiris was in the service of Anubis.

Three years after taking Sarah, Osiris was sent on a mission to return to Earth to gather data from Dr. Jackson regarding his knowledge of the Ancients language, in the hopes that his unconscious mind could translate the Lost City map. In the process she was captured when Colonel O'Neill and Teal'c tranquilized her. The Tok'ra successfully removed Osiris from Sarah's body, saving her from her nightmare. Sarah awoke in the S.G.C. to the warm eyes of Daniel. Tears in her eyes, the two embraced as she pleaded with him to forgive her for the atrocities for which she was forced to be the instrument. Daniel promised that he would help her work through it all.

The Curse - Gardner is taken over by the Goa'uld Osiris after opening the stasis jar containing the symbiote. Osiris murders Dr. Robert Jordan and several of his co-workers before escaping Earth in a buried ship.
Summit - Osiris, within Gardner, attends the System Lords' summit at the behest of the deceptive Anubis.
Last Stand - Osiris, within Gardner, continues as Anubis's envoy and is accepted by the majority of the System Lords for Anubis's return. Daniel fails in an attempt to capture her and save Sarah from the Goa'uld.
Revelations - Osiris, within Gardner, orchestrates Anubis's attack against an Asgard outpost in the Milky Way galaxy.
Chimera - Sarah, still possessed by the Goa'uld Osiris, visits Daniel in his sleep to interrogate him regarding an Ancient tablet leading to the Lost City. She is finally captured and taken to the Tok'ra, who remove Osiris and return Sarah to rightful control of her body.