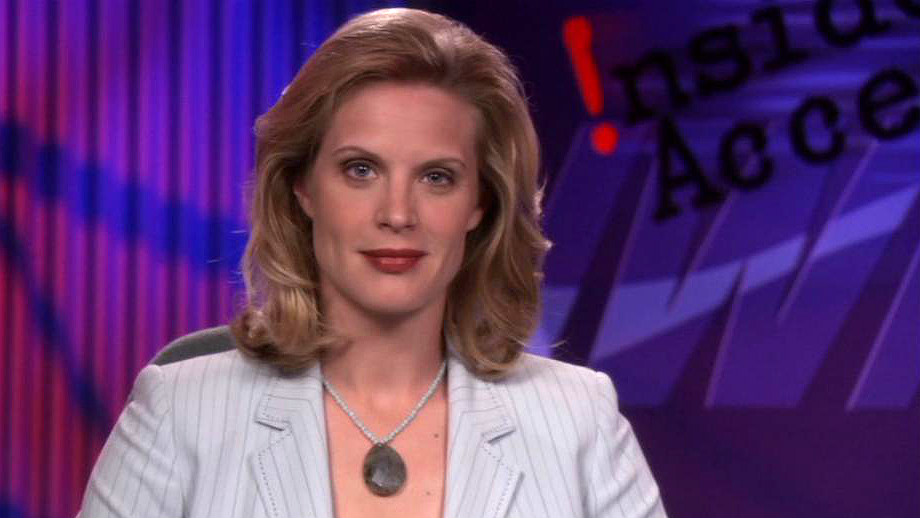 Television news reporter and host of the program Inside Access. Donovan and her staff were given leaked data regarding a project called "Prometheus", as well as samples of trinium used in the design of the ship. She surprised Major Samantha Carter in a parking lot, but Sam refused to comment.

Dononvan was insistent, and she continued to press matters until she was intercepted by the Pentagon's representative, Major Davis. He warned her that if her story went to the public lives would be endangered. Forced with trashing her story, she agreed to signing a non-disclosure form, permitting her and her crew to document the United States Air Force vessel Prometheus from stem to stern and to turn over all of the data to the government until they decided to go public; that way, Inside Access would still receive the exclusive, and Prometheus would remain classified.

Donovan herself eventually fell victim to a rogue faction of the N.I.D., who infiltrated her film and production crew and used her access to hijack the ship. In later years Ms. Donovan would be more supportive of the Stargate program and the secrets it keeps, giving Carter air time to attempt to discredit billionaire Alec Colson's claims that the U.S. government is concealing the existence of extra-terrestrials.

Prometheus - Julia Donovan is intent on breaking the largest story of her career, Project Prometheus, in which countless dolars have been funded into a secret program.
Unnatural Selection - Though unseen, Donovan is transported back to Earth by Thor's Asgard transporter.
Covenant - Julia Donovan calls Carter for an explanation and a possible interview regarding Alec Colson's claims about alien life.